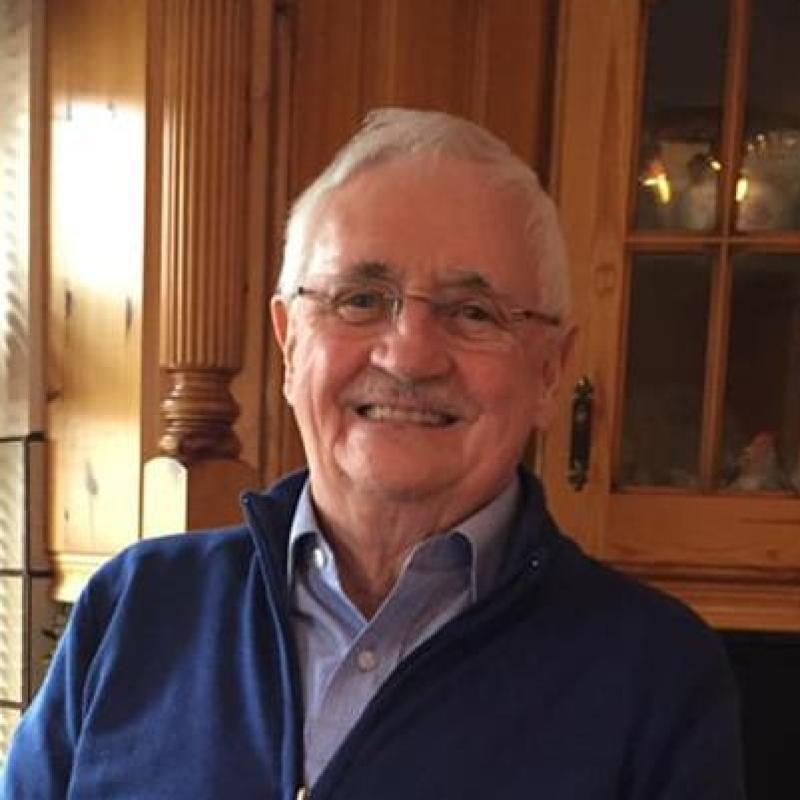 Huge sadness was evoked following the death last week of one of Killybegs’ most popular citizens, Pat Rowan, 116 Marine Drive, Killybegs.
St Catherine’s FC extended their sympathies to the family of the late Pat and recalled how he was a great servant to the Killybegs club.
Local councillor Niamh Kennedy recalled the deceased regularly visiting the family home as he had worked with her father Brian.
“I knew him from the time I was a child,” she said.
“He worked in the boatyard on the administration side and I remember him coming over to our house quite a bit.
“He travelled a lot and he organised a lot of holidays for friends and colleagues in the boatyard. He was also very much involved in the St Catherine’s Band.
“Pat was a very clever man, always so polite and there was just a lovely, lovely way about him, a very friendly individual. They were just a very friendly family. Always, always a gentleman,” she recalled to the Democrat.
On the soccer field, Pat fulfilled a number of important duties and was secretary in the 1970s of the St. Catherine’s club.
“It is with great sadness to hear of the passing of Pat Rowan, Marine Drive, Killybegs,” read a statement from the club.
“Pat was a great St Catherine’s man and enjoyed everything that happened around Emerald Park from club development to all our team successes from underage up to senior levels.
“Pat, along with his brother Donal, and two close friends Michael Boyle and Joey Murrin (RIP), would be seen sitting in their regular seats in our main stand shouting on The Saints.
“He was secretary of the club in the 70’s and took great pride in his role. During his time in this role the club won the double, winning the Donegal League and IAWS Cup.
“We would like to extend our sympathy to his sons Dessie and Denis, daughters Patricia, Terry and Glenda and all his extended family members. May he rest in peace.”
Tributes and condolences were also extended by the Killybegs GAA club and a multitude of other groups, organisations and individuals.
Deceased was also said to have had a huge knowledge of the history of the town and its surroundings.
Pat was predeceased by his loving wife Patsy, sister Margaret Mary and brother Tom.
Sadly missed by his sons Dessie and Denis, daughters Patricia, Terry and Glenda, daughters in law, sons in law, grandchildren, great-grandchildren, brother, sisters, sisters in law, brothers in law, relatives and friends.
HIs remains reposed at his residence on Friday and Saturday.
Removal took place on Sunday morning at 10.30am to St Mary of the Visitation Church, Killybegs for 11am funeral Mass.
Burial took place afterwards in the local cemetery.
Family flowers only, donations in lieu, if desired, to the Oncology ward at Sligo University Hospital care of any family member or McBrearty Funeral Directors, Killybegs.
May he rest in peace.