Daithi Ramsay looks ahead to arts highlights of the coming week 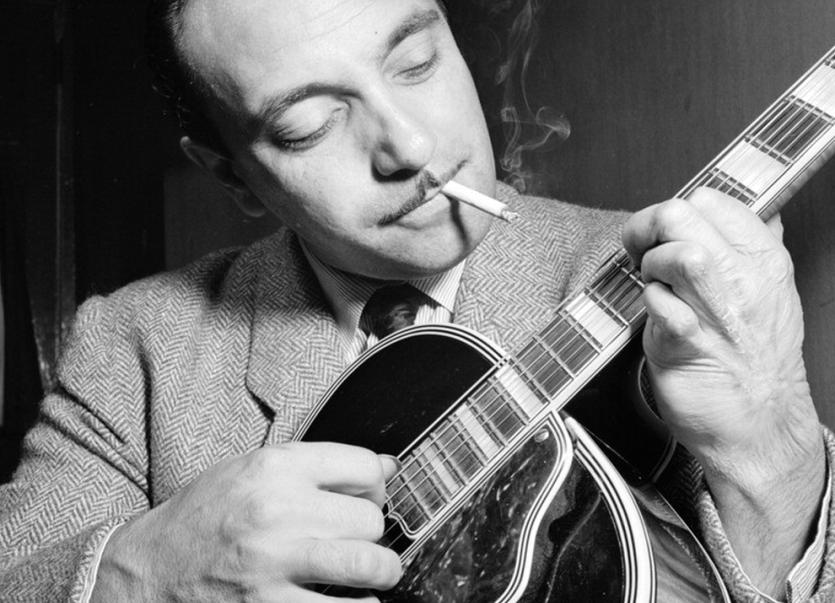 The wonderfully named Django Sur Lennon returns to Ramelton for its second year this weekend.

One of the world’s top gypsy jazz guitarists, Romane, is performing as well as Dario Napoli (Italy), Irene Ypenburg (Amsterdam) and Kourosh Kanani (London). The festival weekend will feature a series of concerts in Ramelton Town Hall, as well as gigs and acoustic sessions in local pubs. The ‘gypsy jazz’ style is associated with the playing of one of the greatest guitarists who ever lived and a particular hero of my own, Django Reinhardt, so pop on down to Ramelton, I’ll see you there.

The Balor over in Ballybofey has a deserved reputation as one of the go-to venues in the county for North American folk, roots and bluegrass and it serves up another promising gig this coming Wednesday night, October 25th, when it plays host to Canadian bluegrass with The Slocan Ramblers.

The North West Opera return to An Grianán Theatre in Letterkenny this weekend for an evening of beautiful melody and light-hearted banter with their production of Gilbert & Sullivan’s The Gondoliers on Friday 27th & Saturday 28th October.

Packed with crowd-pleasing vocal arrangements and tongue-in-cheek humour, The Gondoliers is a tale of the search for the heir to the throne of the fictional state of Barataria and all the plot twists that follow before the matter is resolved. Bookings on 074 91 20777 and angrianan.com

They Called Her Vivaldi

On Saturday, 4th November, at 12 noon, there’s a chance to see one of the very best companies making work for children in the world as Theatre Lovett bring their new show, They Called Her Vivaldi, to An Grianán Theatre in Letterkenny. This comes highly recommended and there’s a family of four tickets for only €30.

The spooktastic Halloween Disturbance will feature those creatures from the bog, The Pox Men. Folk punk done terrifyingly well. They also have some bone rattling riffs from groovy Dublin rockers Crooked Edge. This Sunday, October 29th, at No.58 at The Central and sure it’s only a fiver in.

Out celebrating Halloween on Saturday night will be the Stage fright Crew, sizing up from last year’s successful gig in the Cottage to this year’s extravaganza in The Orchard Inn. The band are Simon McCafferty, Shauna McDaid, David Toye, Gareth Toye, John Ruddy and Mike Warren. That’s from 7pm until 10pm.

The Indian Community Center Letterkenny invites everyone to the Diwali celebrations this Saturday, October 28th, from 1 to 5 pm in the Regional Cultural Center, Port Road, Letterkenny.

The event includes various cultural programs, entertainment and refreshments. Admission is €5 for Adults, €2 for Kids (up to 12 years), and free for children under 5. For more information you can contact letterkennyindians@hotmail.com

A real step back in time this Saturday, 28th October, as two dj’s who used to pack out the town in the '90s get together for an old skool reunion night in No 58 at the Central. Chill Phill and Trevor Reilly will be joined by Raymus4 and Millhouse. Sure no harm in raving one more time!

There’s a very strong line up for the Halloween Shindig this Friday night in Voodoo Vintage as Myles Manley, Invaderband and Strength N.I.A join Dj Dano to kick off the spooky weekend celebrations.