City of Derry International Choir Festival to welcome over 70 choirs

Singers travelling from Colombia, Estonia, Finland, Germany, Latvia, Norway, Iceland and throughout Ireland and the UK 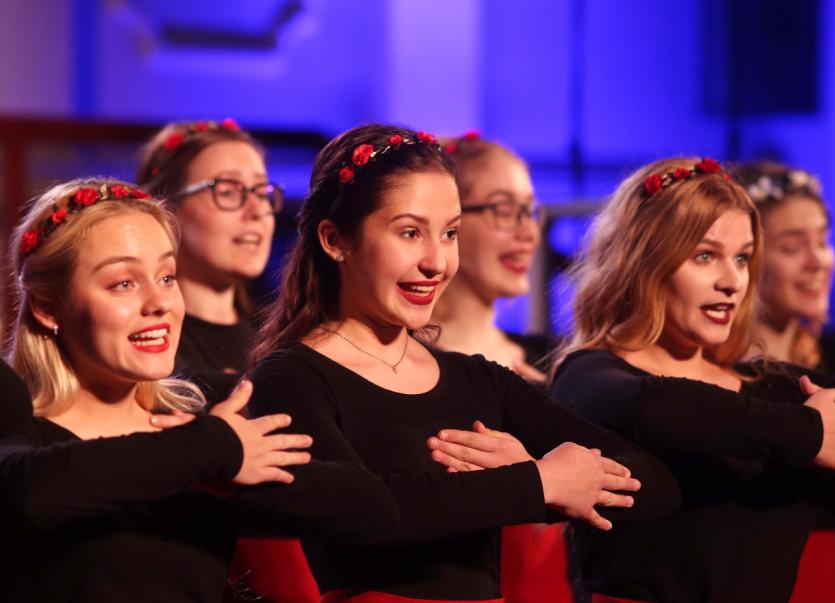 One of Europe’s fastest growing Choir Festivals will take place from 24th to 28th October in Derry, hosting over 70 school, national and international choirs as well as unmissable performances from guest artists including the Ulster Orchestra, VOCES8 and the Marian Consort.

The City of Derry International Choir Festival has launched the full programme of events for its sixth edition next month, with an impressive line-up of internationally recognised guest artists and choirs performing in some of the area’s most iconic venues.

The city will welcome over 70 choirs to take part in concerts, competitions, workshops and community performances across the festival, with singers travelling from Colombia, Estonia, Finland, Germany, Latvia, Norway, Iceland and throughout Ireland and the UK to take part in the jam-packed schedule of events. The highlight of the festival will see the eight international competitors battle it out to win the prestigious ‘Oak Tree of Derry’ trophy and a cash prize of £2,000 in the International Competition.

The festival will open with an evening gala concert with the 140-strong Festival Chorus, representing more than 20 different choirs from the city and surrounding areas, performing the Mozart Requiem with the Ulster Orchestra, conducted by renowned Norwegian conductor Ragnar Rasmussen.

On Thursday 25th October the festival will welcome VOCES8, a chart-topping vocal ensemble that will treat you to an evening of a cappella music, ranging from Renaissance to jazz and pop favourites, including Nat King Cole, Van Morrison and Simon & Garfunkel. This will be followed the next evening by acclaimed early music vocal ensemble The Marian Consort, which will perform a programme of Renaissance and 21st-century sacred works in the beautiful surroundings of Christ Church, including the Irish première of Gabriel Jackson’s Stabat Mater alongside Derry’s Codetta Youth Choir. Friday will also see a late-night concert in the Ballroom of St. Columb’s Hall, featuring choirs from Derry, Dublin and Iceland, and a performance by the Paul McIntyre Jazz Trio.

In association with Ulster University, the festival will this year host a symposium on ‘Singing, Health & Wellbeing’ with a panel of experts in the field. The popular conducting workshop also returns to the Great Hall, Magee.

An exciting new development in the sixth edition of the festival is the establishment of the Every Voice Fringe Festival, in partnership with local choir Allegri. The Fringe Festival will kick off with Gala Concerts in Strabane and Derry on 28th & 29th September, and the city and region will be immersed in singing in the run-up to, and during, the festival week, with pop-up performances, community concerts and Sunday church services.

If all that has whetted your appetite, you will have the chance to join in at the Jazz Big Sing in St. Columb’s Hall on Saturday 28th October. This entertaining and fun workshop will explore singing through special choral arrangements of jazz favourites. Led by The Paul McIntyre Jazz Trio, this session is open to everyone and free of charge.

Gráinne Stevenson, Acting Festival Manager, says “We are delighted to be announcing such a fantastic and far-reaching programme of events for this year’s festival. With world renowned guest artists, the exciting new Every Voice Fringe Festival and over 70 choirs, the city will be immersed in singing for what will undoubtedly be a week to remember!”