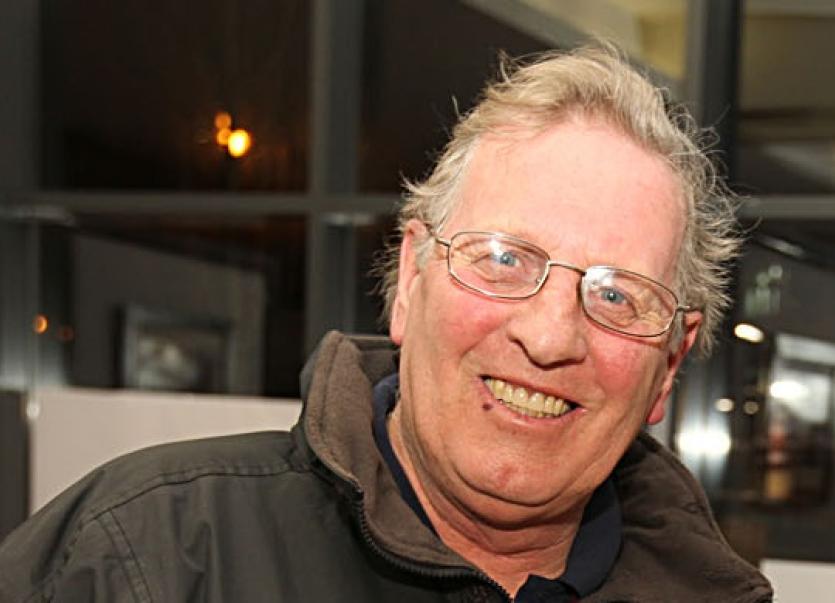 A man for all seasons, Eddie Mulligan will direct At The End Of The Day

Inspired by the patchwork quilt 'Love Across The Waves' by Arranmore and Tir Boghaine Women's Groups, At The End Of The Day will be performed in the Foresters Hall, Killybegs on October 5th, and in the Parish Hall, Kilcar on October 6th, 2018.

At The End Of The Day, is a new musical based in South-West Donegal, and provides a look at life in Donegal during the early 1800s. The plot mainly follows the relationship of Matthew Lyons, played by Adam Hannigan, and Nuala Green, played Éabha Gallagher, from the time they first meet, to the time they become engaged to be married, and also the events leading up to their meeting, including the Bruckless drownings, and the economic conditions of the time.

The cast also features Catherine Gallagher, as the notorious Biddy Devenney, who sought revenge after being refused free fish by the fishermen at Darney Pier. Frankie Quinn and Kian Gallagher, are George Vaughan Hart and Henry Francis Conyngham, the members of Parliament for Donegal. Chris Duddy and Orson Sterritt, fresh from magnificent performances of Edna and Corny Collins in Letterkenny Music and Drama Group’s recent production of Hairspray, join the cast as Patrick Hegarty, Matthew’s mentor, and Edward Lyons, Matthew’s father, respectively.

Original music, lyrics and book are by Leslie Long, whose last musical writing project was the AIMS award winning musical Caisleáin Óir, and direction is by Eddie Mulligan. Costume design is by Sinéad O’Donnell-Carey, who is the current Yeats Design Resident in the Abbey Theatre, lighting is by Tony McGuire, and sound is by George Henderson. Stage manager Tracey Faulkner is also assisting with direction, while Tanya Ward is the choreographer for the show. Denise Roper assists Leslie with musical direction of the five piece pit band. The cast look forward to returning this insight of the past in County Donegal to the stage.

The musical is set in times when the norm is for two sets of parents to get together in order to arrange a 'match' between their son and daughter. Matthew, from Teelin, and Nuala from Arranmore Island, in what might be considered to be a long distance relationship in the 1820s, make their own match, by falling in love.

When Matthew proposes to Nuala, the answer is undoubtedly 'yes', but there is a clause - Nuala wants to get her parents' blessing first. Matthew is anxious to know if their blessing is given, so Nuala arranges to light a bonfire, if the answer is positive, on a hill near her home, on Arranmore Island. Matthew will be able to see the bonfire from Glen Head, near his home.

They make their arrangements for the following day, at the end of the day, that is, after dusk. Will Matthew see the bonfire in the distance, and therefore know what their future will be?

At The End Of The Day premiered in the Balor Arts Centre, Ballybofey, in March, 2018, and two new songs and two new scenes have been added for the productions in October.

Tickets are available on the door each night - ticket prices range from €7 to €10.