An Madadh Mire to be staged tonight at Donegal theatre 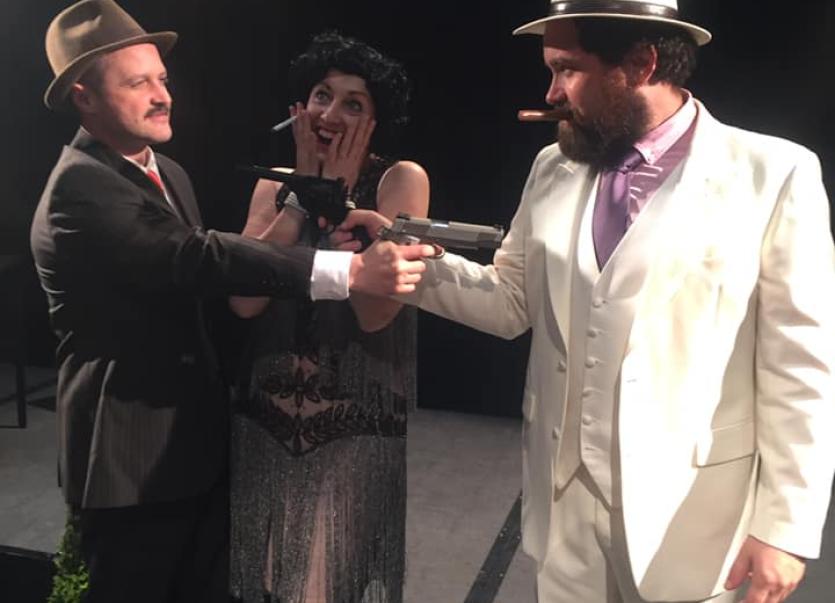 An Madadh Mire, a new drama based on the life of the notorious gangster, Vincent Coll and better known as ‘Mad Dog Coll,’ which was penned by Pól Ó Gallachóir, will take to stage tonight at Amharclann Ghaoth Dobhair.
The Pobailscoil Ghaoth Dobhair teacher, Pól Ó Gallachóir, is a native of Ranafast.
The production took to the stage on Monday night and many locals attended the event. Many more are expected to attend tonight's production.
The production boasted a strong cast of actors from Aisteoirí Phíoba Thuatháil.
The Amharclann has hosted many productions and events since it was officially opened in March 2017.

This production has strong Gaoth Dobhair affiliations and provided audiences with a snap-shot of the life of the notorious gangster, ‘Mad Dog Coll.'
Actors took to the stage dressed in the clothes of the period and all the items on stage were representative of the historic period.

Vincent Coll
Vincent Coll was born in Bunbeg in 1908. When Vincent was not quite one year old his father, Toaly, decided to move the family, his wife, and seven children to New York in search of a better life. After settling in the Bronx in 1909, they remained trapped in poverty. After a troubled early life Coll quickly rose to prominence in the world of organised crime.