Housemartins - Beautiful South stars for the Balor in April 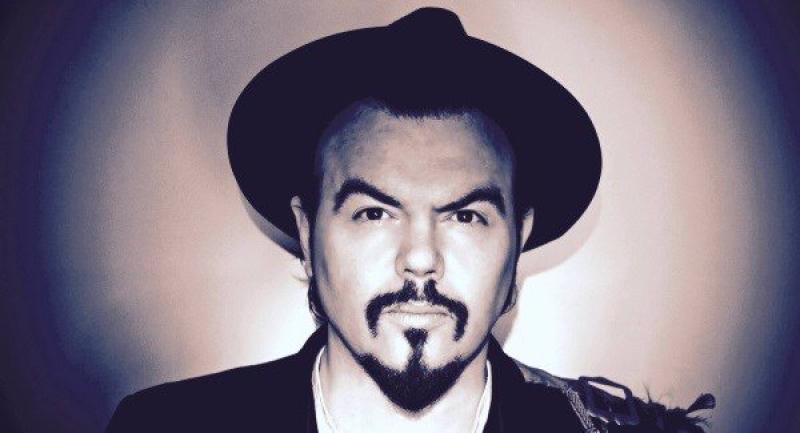 Master storyteller, comedian, musician, part-time historian and Balor favourite Paddy Cullivan returns to The Balor this weekend with his audiovisual spectacular The 10 Dark Secrets Of The Irish Revolution.

Using insight, satire and song Paddy deftly weaves a fascinating and funny narrative revealing the 10 strangest things and darkest secrets from an era encompassing the 1916 Rising, the War of Independence and The Civil War.

Some of the more fascinating topics include: How did the lawyer who prosecuted the 1916 leaders end up in one of the highest positions in the Free State? Why were 280,000 women denied the vital Treaty Election Vote of 1922? What made 2 million people turn from hating 1916 to supporting the War of Independence? What dark secrets made Michael Collins sign the Treaty and why is his assassination even stranger and more covered-up than JFK’s?
Paddy first brought this show to The Balor during the 2018 Earagail Arts Festival and I really can’t recommend it highly enough. It unfolds like an unputdownable thriller – an Irish version of The Godfather if you will – and he tells me that he’s continued to research and investigate so the latest incarnation includes even more dark secrets and amazing reveals.
Paddy Cullivan’s Dark Secrets Of The Irish Revolution is at The Balor Ballybofey on Saturday February 1st at 8pm.

This Weeks Highlights
Tonight, Thursday January 30, is the third and final night of An Grianán Youth Theatre’s production of Bugsy Malone.
Elsewhere The Three Amigos of Jimmy Buckley, Robert Mizell and Patrick Feeney play The Millennium Forum, Derry while there’s top class US folk and blues courtesy of Jeffrey Foucault and Ry Cabanaugh in The Balor, Ballybofey.
Jack Lukeman plays An Grianan, Letterkenny.
Showband icon Dickie Rock is at The Millennium Forum, Derry on Sunday, February 2, while In Limbo, Monday, February 3, at An Grianán, in an enthralling mixture of traditional and contemporary dance.

The Sound Of Music

Ever popular musical The Sound Of Music is at The Millennium Forum, Derry for a five night run next week, Tuesday, February  4 to Saturday 8 and Wednesday February 5 sees the first Ghostlight Sessions of 2020 at The Balor, Ballybofey featuring Sees Of The Oak Tree, Without Willow, Barry Jay Hughes and Danny Martin.

The annual North West Words Adult Poetry competition prize giving ceremony will take place in Dillons Hotel Letterkenny tonight, Thursday, January 30 at 8pm.
Entries were received from all parts of Ireland, North and South, and places as far away as Germany, Australia, Nigeria and the USA.
The competition judge, Kate Newman, from Summer Palace Press, had the difficult task of selecting a winner from the many entries and will be on hand with Breid Lindsey from Aurivo on the night to present the perpetual Aurivo cup and €250 to the lucky winner.
Admission is free and all are welcome to attend.
Readings on the night will be by Joan Newman, Kate Newman and current NWW junior writer of the year, Alannah Ferry.
The poets who will be there on the night hoping to be the next winner of this very respected Poetry prize are: Singhle Meehan, Galway; Jac Shortland, Cork; Emily S Cooper, Ramelton; Marie Studer; Colin Hassard, Belfast; Brendan Carey Kinane, Meath; John D Kelly, Fermanagh; Cornelius Browne, Dungloe; Sara Boyce; Cat Brogan, Tyrone; Anne O’Connor, Sligo and Bernie Crawford Galway.

Housemartins - Beautiful South stars for the Balor in April

The Balor Arts Centre, Ballybofey has announced an early contender for biggest gig in Donegal this year.
Paul Heaton and Jacqui Abbott of The Housemartins and The Beautiful South fame will play Ballybofey as part of a 5 date Irish tour in April.
As frontman of The Housemartins Paul Heaton was the voice of some of the 80s biggest hits such as Happy Hour and Caravan of Love.
He then formed The Beautiful South (also featuring Jacqui Abbott) and enjoyed continued success with unforgettable tunes like A Little Time, Song For Whoever and Don’t Marry Her.
The Beautiful South disbanded in 2007 but Heaton and fellow Beautiful South vocalist Jacqui Abbott have continued to collaborate, releasing three albums together – 2014’s What Have We Become, Wisdom Laughter and Lies in 2015 and Crooked Calypso (2017).
They tour Ireland this April to mark the release of their fourth album – Manchester Calling on March 6.
This Balor gig is one of only five Irish dates. The other four are in much larger capacity venues - Leisureland Galway, the 3Arena Dublin, Ulster Hall Belfast and INEC Killarney - so if you like your superstars up close and personal this is the gig for you.
Paul Heaton and Jacqui Abbott play the Balor Arts Centre, Ballybofey on Tuesday April 7 at 8pm.
Tickets are €39 and go on sale this Friday, January 31, from the Balor Box Office on (074) 9131840 or online at www.balorartscentre.com
This is certainly a major coup for the Balor team and manager Conor Malone and an indication that major acts are now willing to visit the provincial venues to play their wares.
Tickets are expected to move fast and with stars of this calibre it's likely they'll be snapped up soon.
One can only hope this is the start of a long line of top notch acts heading to Donegal and top class venues like the Balor.