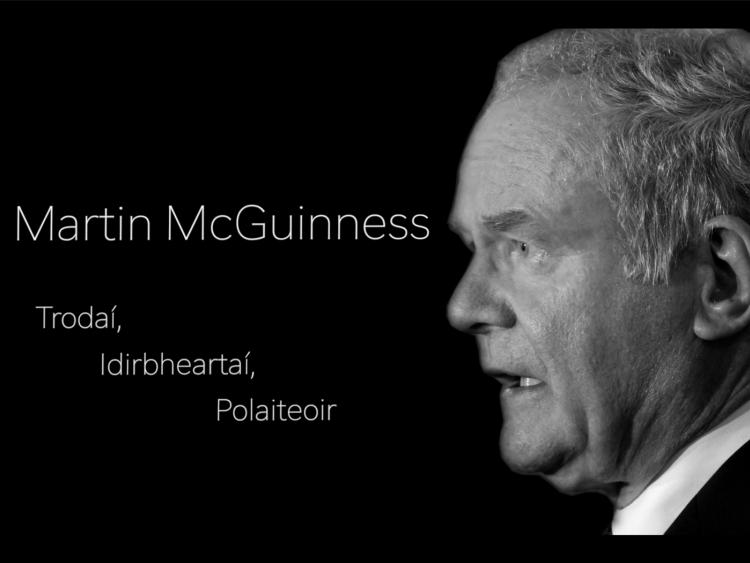 The world premiere of a dramatic documentary of Irish Republican Martin McGuinness will be broadcast on Wednesday, January 6 on TG4 and tg4.ie at 9.30pm.

Speaking in Gaeilge, Sonia said: “This is his story told by those who spent their lives with him.”

With such notable people featuring, editing the content proved a daunting task but one which the Gaoth Dobhair-native, Sonia Nic Giolla Easbuig was more than capable of.

“Some of the interviews are very interesting. People will hear stories about Martin McGuinness that they have never heard before. You will see never-before-seen footage of him. This documentary is not about the conflict and it is balanced,” Ms Nic Giolla Easbuig said.

The documentary has been pieced together and edited by those at LIGID TV teo which is based in @gteic Gaoth Dobhair.

“It was kind of surreal talking to the former president of the United States from an office @gteic on the Gaoth Dobhair industrial estate,”Sonia said.

However, the zoom call which was agreed to last for 20-minutes lasted for twice that time as Mr Clinton continued to partake in the interview.

Funded by the Irish Language Broadcast Fund and the Broadcast Authority of Ireland, the feature-length film was commissioned for Irish language station TG4 and Welsh language channel S4C.