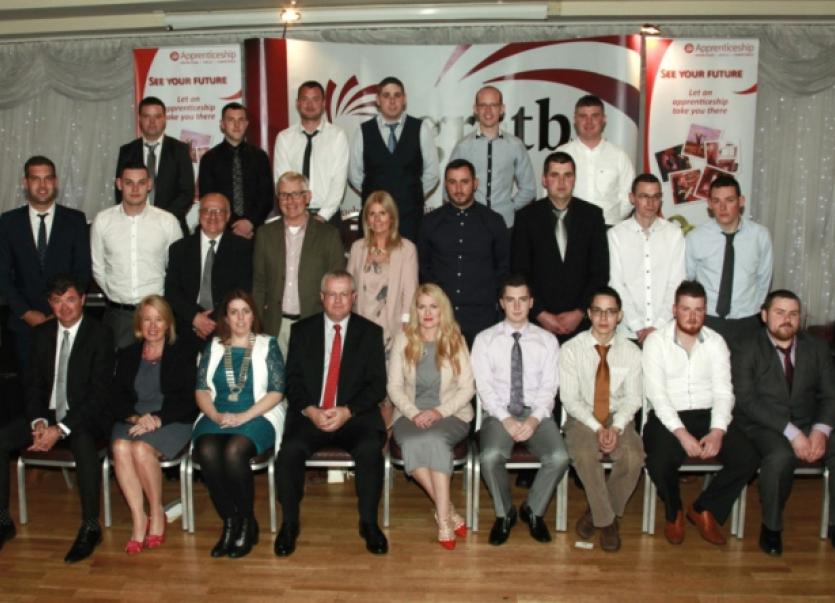 Donegal apprentices have been awarded the QQI Advanced Certificate Craft as they celebrated their achievement in being recognised as highly skilled crafts persons.

Donegal apprentices have been awarded the QQI Advanced Certificate Craft as they celebrated their achievement in being recognised as highly skilled crafts persons.

Apprentices from Donegal, Sligo, Leitrim, Mayo and Galway joined together on October 1st 2015 in the Claregalway Hotel to celebrate the completion of their apprenticeship, which marks the first step in embracing a wide range of career opportunities.

Congratulating them on their achievement, Paul O’Toole, CEO, SOLAS, acknowledged their hard work and commitment and recognised the efforts made in achieving this distinction. It was also acknowledged that this success was made possible by the support and encouragement of their families, employers, tutors and friends, many of whom attended the ceremony to applaud their

apprenticeship is a very valuable career option with real employment prospects at the end of intensive on and off-the-job training.

The Irish Apprenticeship System is recognised as one of the best in the world. SOLAS, the ETBs, ITs, employers and the Social Partners continue to develop the best possible training techniques and education standards for designated crafts in this country and is proud of the achievements of those celebrating their success at ceremony.