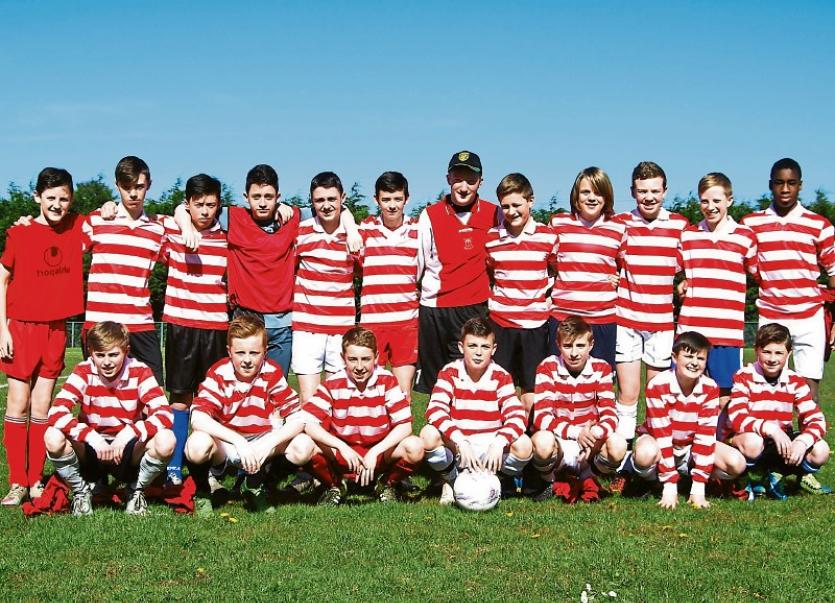 The student council will be hosting a non uniform day in May to raise funds for a new P.A. system and a new speaker system for the assembly area. It is envisaged that music will be played through the assembly during lunch time for the students.

On Monday 18th April the TY group went to The Abbey Arts Centre in Ballyshannon to watch the DVD of their musical ‘Scrooge’ everyone thoroughly enjoyed the show.

Plans for staging the Lion King are coming together with the making of costumes and planning around set design as the TY students are working hard every Wednesday morning.

On Thursday 5th May a group of Transition Year students will be taking part in a Cardiac Responders First Aid course. This will be a very valuable course for all our TY students and they are very much looking forward to this event.

On Wednesday TY students travelled to Lisnakea Share Village eager to participate in the outdoor activities and the nights camping that was ahead of them. Upon arrival the students were arranged into groups, with each group using different forms of canoes. The students quickly changed into their appropriate attire, packed their equipment and hit the water. Their first trek would take them 8km up Lough Erne and involved the use of many skills, including map reading, navigation skills and team work. By the time they reached their campsite, which was on separate island, it was late evening. However their work was not done for the day as there were still tents to be erected and food to be cooked on the outside barbecue. A moonlight canoe on the lake would be their final activity before they would retire for the night. The students and teachers were in for a long night ahead of them as temperatures reached as low as 1 degree. This did not deter any students as it was clear by the end of the trip that a fantastic experience was had by all. In total the students covered over 25km. They returned back to the school on Thursday in one piece albeit slightly redder than when they left.

On Tuesday 3rd May there will be a meeting in Rm 34 at 1:45 for all of those doing Gaisce. Everyone must attend and bring their record cards with them.

On Friday 22nd April the Annual Maths Pi Quiz was held in Letterkenny. We had 3 teams representing our school and they were determined to defend their title from last year.

There will be a youth day in the parish centre for the John Paul II students on the 26th April. Many TY students will attend.

The LCA's are busy getting ready for the Vocational Preparation Tasks which are taking place next week. They are starting their exams next week also. Best wishes to all of the students.

A representative from Ward Automation spoke to our 5th year students regarding studying engineering at third level. Cavan Institute will be visiting the senior students next week to speak about PLC courses and progression routes. SUSI is now open for grant applications for the year 2016/17.

On Saturday 23rd April Shakespeare will be dead 400 years. The 1st year English classes took part in quizzes on his life and work. There is an excellently displayed notice board in the main assembly in honour of Shakespeare and showing us some of his main life events.

TY portfolios are due on Friday 29th April.

The TY Irish Orals are starting on Tuesday 26th until Friday the 29th.

The Portfolio interviews commence on the 12th May until the 20th May.

On Monday 25th April TY students will travel to Letterkenny to an Grianan Theatre to watch "The Patriot Game" play. There are four students from our school taking part in this play - Aaron Friel who is in TY, Rossa Doherty who is in 5th year, Kate Gurren who is in 5th year and Conor Breslin who is in 5th year. This play is performed by the Donegal Drama Circle and is a commemeration piece of the 1916 events.

Training for Donegal and Ulster Schools continues every Tuesday after school.

Lunchtime training is on every Monday, Wednesday and Friday for the coming weeks. We will travel to Lifford on Thursday 28th April for the County Championships. Our PE classes are currently completing their mile challenge competition which they're trained for 6 weeks. There will be a competition for the top ten runners in each year on May 11th

Hard luck to our 1st year boys basketball team who were knocked out of the All-Ireland play offs last weekend in Galway. They fought hard and won two out of their three games, but unfortunately they missed out on a place in the All-Ireland semi final. It was a very good year for our boys as they were crowned the North West Regional Champions.