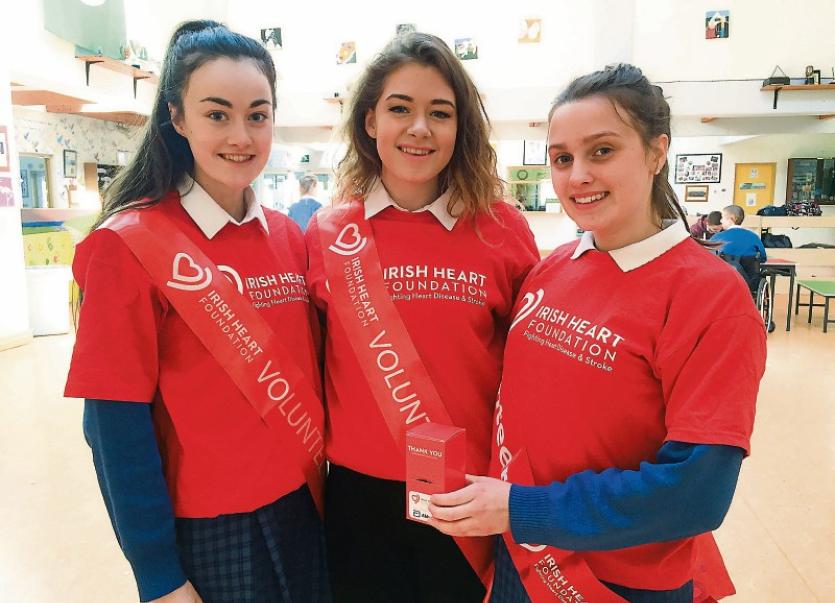 Well done to Mona McSharry, third year. Mona McSharry was the star on the final night of the Irish Open Swimming Championships as she picked up titles in the 200m Individual Medley, 200m Breaststroke and 50m Freestyle. Fifteen-year-old Mona McSharry from the Marlins club in Ballyshannon proved to be the real star on the final day of competition at the 2016 Irish National Swimming Championships at the National Aquatic Centre. McSharry had already won gold in the women’s 100 metre breaststroke and the teenager won two more gold medals this afternoon, the first in the 200m individual medley, with the second coming in the 200m breaststroke. McSharry hunted down UCD’s Shani Stallard in the last 50 freestyle of the IM to take the gold in 2:19.27. Just 20 minutes later, the Sligo swimmer was back in the pool and took a convincing win in the breaststroke final in 2:32.74, just outside her own Irish junior record. McSharry, who also finished third in the 50m freestyle final, will now turn her attention to competing in next month’s European championships at the London Olympic pool before settling down to continue her preparation for the Junior Cert. We are very proud of this achievement. Well done Mona.

Well done to the Transition Years who returned on Saturday night last from a very successful and action packed tour to Berlin in Germany. We would like to thank all of the staff who travelled with and who organised the trip affording the students this opportunity, especially to Ms Fiona Kuehl, Transition Year Year Head who organised and went on the trip with Mr Michael Doherty.

Berlin Cold War Tours proved very informative guides on the momentous events of 1989 and the fall of communism. The tour covered the growth of political dissent, the effect of the policy changes emanating from Moscow and the events of the autumn of 1989. Students were happy to discover more about aspects of German history from the Wilhelmine period to the present day while also improving on their German skills, helped in no small part by Mr Eamon Maguire and Ms Kuehl.

The tour of the vibrant and beautiful city, included a visit to Checkpoint Charlie Museum, Reichstag, a guided tour at the Wannsee Conference Museum, Schloss Cecilienhof in Potsdam Olympic Stadium, a guided tour of Sachsenhausen Concentration Camp and the Berlin Bunkers, followed by Holocaust Memorial German History Museum, as well as sightseeing and shopping.

Well done to all students who continue to complete the practical elements of their exam this week. We wish all students success in these exams.

Transition Years have just completed their John Paul II Awards with their final written submissions. The Pope John Paul II Award is dedicated to the memory of the late Pope John Paul II whose love of young people was renowned. Our Students in Transition Year complete the Award every year through their Religion Classes with the constant support of our chaplain Ms Pauline Kilfeather and the religion department. The award is non-competitive, flexible and voluntary and requires an ongoing commitment. In order to achieve the Gold Award, students completed one hour of parish involvement per week for twenty weeks, one hour of social awareness per week for twenty weeks, six hours of special involvement in the community and completed a detailed presentation. Well done to all involved and thank you to Ms Kilfeather for her constant support and guidance which is a keystone of much of our work here in Coláiste Cholmcille.

Good luck to the twelve teams from our school who will compete in the Science Quiz on 17th May.

Good luck to fifth and sixth year students of Art who travel to the Model Arts Centre in Sligo on 12th May. The students will engage in the Model Adventure: Capital is Sean Lynch’s most ambitious project to date. Combining sculptural, video and archival elements, the artworks consider themes such as cultural history, societal structures, the contemporary environment and the role of the individual within it.

Transition Year students will engage in a two day law course from 9th May until 12th May. This is a tried and tested programme delivered by a barrister with more than 10 years classroom experience and more than 18 years as a barrister in all courts and all over the country. The course covers the Irish legal system, both civil and criminal, giving some important insights to students as to how it all works.

This is done by paying particular attention to age relevant information so the student has some common myths dispelled and some important legal information acquired e.g., the age of reason, criminal responsibility, age of consent and many more laws, with relevant case law to explain how it impacts on everyday life and the life of the student. This experience may also be enhanced by a visit to a local court to watch a real case and they will also have the possibility of participating in a Mock Trial Competition (in a courthouse) held towards the end of the academic year.

Aside from the mock trial experience, real life cases are discussed, including up to date case law arising from new developments in civil litigation and the statutory rape laws and related offences, honesty offences, burglary and robbery and defense of the dwelling. Recent case law and legislation is discussed along with relevant sections of the Constitution of Ireland. This type of knowledge is invaluable in the development and understanding of the role of the citizen and for students who wish to pursue Law as a career in the future.

Fifth years completed their application for Prefect this week. Good luck to all involved.

Dates for your diaries