Busy time at the school 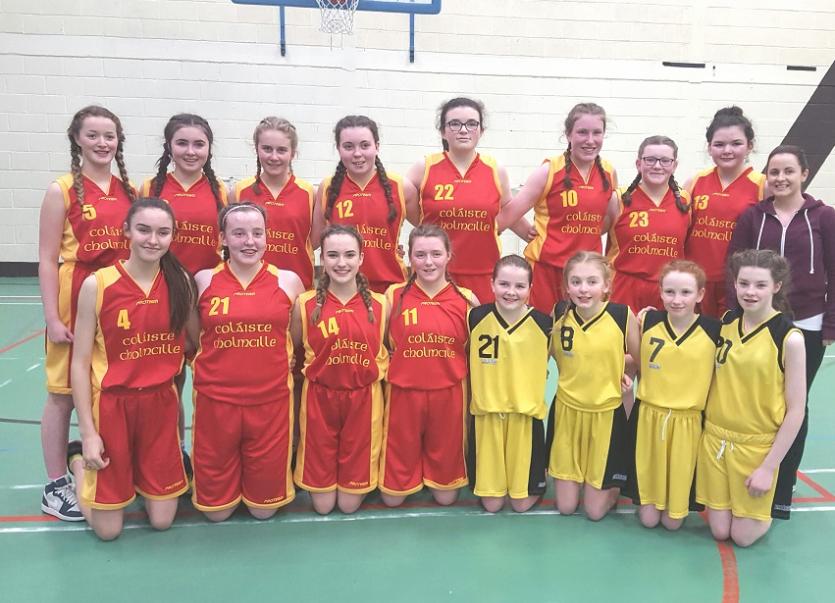 Congratulations to both the First and Second Year Girls Basketball teams who had comprehensive wins over the AVS in Donegal Town before the mid-term break. The next game takes place against Loreto, Letterkenny, where a place in the playoffs is at stake.

14 TY students spent a week at Finner Camp with the 28th Infantry Battalion for an intensive course in army life before the mid-term break. The students learned how to march, learned about artillery, survival skills, orienteering, fitness training, and attended a number of talks.

All of our TY students spent the week before mid-term on work experience. This is an invaluable week for the students as it allows them to develop their interpersonal skills and learn more about the real world of work, which often helps them makes decisions about their subjects in fifth year and their future careers. This year our students went to work in a variety of businesses in their local communities, such as shops, chemists, hotels, solicitors' offices, primary schools and health centres, to name a few. Others travelled much farther afield. One student travelled to Zurich to learn about physiotherapy, another joined Etihad Airlines in Dublin, and one went as far as Florida to learn about becoming a swim coach.

10 students from the school will travel to the Kids for Wish School Entrepreneurship Awards in Dublin on Friday to represent the school at the awards ceremony. The event was organised by Transition Year students working closely with their Business teachers Yoland Gallagher and Nicola Conlon, along with many enterprising First Year students. Over €1700 was raised for the Make A Wish Foundation. This was a fantastic achievement especially considering it was the first Christmas Fair that the school has held.

Deadline for Change of CAO Choice

Leaving Cert students are reminded that the deadline for making changes to your CAO application is Friday the 3rd of March.

Well done to our CCBS staff and students who have contributed to the great success of 'The Wedding Singer', the latest musical from the Ballyshannon Musical Society. The show had a fantastic opening night on Tuesday, and continues until Saturday night, March 4th.

The TY 1 Drama group will represent CCBS in the All Ireland TY Drama Final which takes place in Mullingar this Friday, March 4th. The show is a hilarious take on the end of civilisation as we know it. Coláiste Cholmcille have a long tradition in the All Ireland competition, having made it to the final every year for the last six years. Break a leg everybody!