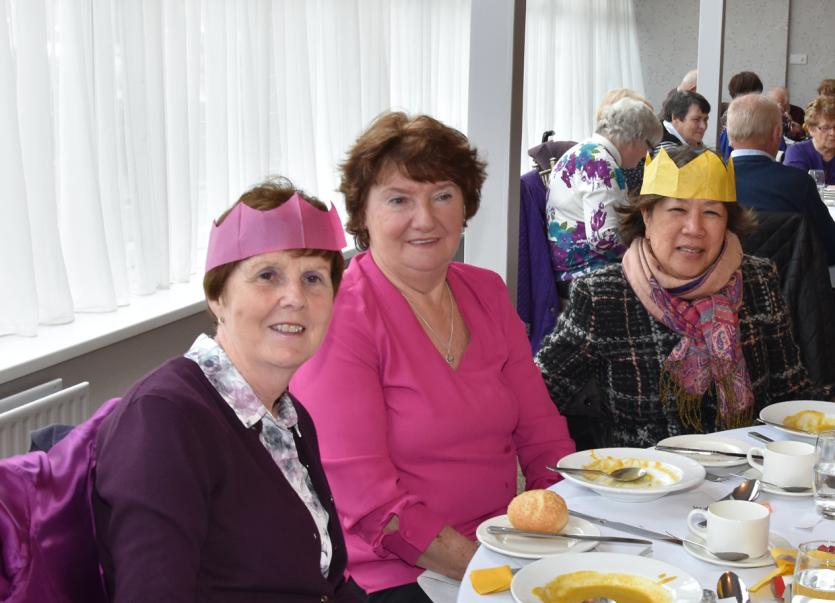 It was with great shock and sadness that the local community woke up last Thursday morning to hear that Dermot ‘Rocky’ Gallagher had died suddenly in his own home at Roscanlon.

As well as being a doting grandfather and father, Dermot was a well liked character who was known far and wide. He had a cheerful, disarming personality and always seemed ready to share a smile or laugh.

Rocky earned his nickname many years ago while attending the boxing club run by Paddy Doherty in Ballintra Community Centre. As well as playing senior football for Naomh BrId, Rocky was also a dedicated Naomh Brid club member and trained under-age teams and Ladies teams.

St. Bridget’s Church was packed to capacity for Dermot’s funeral Mass last Sunday morning. Chief celebrant was Fr Hugh Hanlon, who was assisted by Fr. Jonathan Meehan. Before the start of Mass a paint brush and Naomh Bríd jersey were brought to the altar to represent his life as a painter and decorator and as a sportsman.

During the service, friend and former Naomh Bríd teammate. Sean McGee, delivered a moving tribute which perfectly expressed the great character Rocky was. “He was kind, caring, and considerate. He was always smiling and in good humour… two minutes in his company always lifted your spirits. His cheeky laugh was ever present and it was often a signal that there was some badness going on. Growing up with three sports mad brothers created a, boisterous competitive and energetic atmosphere… but Rocky held his own. An excellent sportsman he excelled at football, soccer, rugby and boxing and he had a vast knowledge of all sports…. But what really made Rocky special was his personality…. Just being the person that he was set him apart and above us all”.

Predeceased by his parents Tommy and Mary Jo and by his brother, Pauric, Dermot is survived by daughter Nicole; brothers Matt and Declan; son-in-law Damien; grandchildren Clara and Katie, sisters-in-law, nephews and nieces and a wide circle of friends.

The death occurred recently of Sarah Mc Groarty, late of Brownhall, Ballintra. Sarah passed away peacefully at home, surrounded by her family, in her 98th year.  Her funeral Mass took place in Saint Bridget’s Church, Ballintra, followed by burial in the adjoining graveyard. Deepest sympathy is extended to her sons Jimmy and Charlie, her daughter Marian, son in law Eddie, daughters-in-law, Anne and Bernie, grandchildren and all other relatives and friends.

Deepest sympathy is extended to the Stinson family, Ballymagroarty, Ballintra, on the death of Robert Stinson who passed away on Saturday last. His funeral service took place in Drumholm Parish Church, Ballintra, on Monday last, followed by burial in Drumholm graveyard. He is survived by his brother Jimmy, sisters Mary and Pauline, sister in law Mary, brother in law Gordon, nieces and nephews.

The countdown has well and truly begun for the second annual storytelling night, set for Wednesday 23rd January at 9pm in the Country Inn, Ballinakillew. Further details to follow in the coming weeks.

The Laghey Blast Festival are  back with a fun, weight loss,  fitness initiative ‘The  official weigh in set for  next Wednesday 9th January fro m 7.30pm to 8pm in Ballintra  Community Centre.

The Laghey Blast Festival are back with a fun, weight loss, fitness initiative ‘The official weigh in set for next Wednesday 9th January. Registration is €20 and €5 per weekly fitness night which will run for a total of 10 weeks. Participants have the chance to join as a team or do it individually. The Biggest Loser(s) will then be treated to a two night stay in a plush Dublin hotel.

The Laghey Blast Festive Pub Quiz was cancelled last Friday night as a mark of respect to the family and friends of the late Dermot ‘Rocky’ Gallagher.

The date and venue has been set for the annual Naomh Brid Dinner Dance. The Sandhouse Hotel, in the parish of Drumhome, on Saturday 26th January 2019. The ‘Show Offs’ are confirmed to play.

Well done to the Drumhome Heritage Society who recenty released a new promotional video on their fascinating heritage event held last August at Glasbolie, Ballintra. The video was professionally filmed and edited by our very own Peter Mullaney and Greg Gorman. The video, at approx 6 minutes and 30 seconds, and is free to view on Youtube. If you are not tech-savvy then please ask your children or grandchildren to show you over Christmas, by typing the search words ‘Drumhome Heritage Event August 2018’ into YouTube.