Local news from Dunfanaghy and Creeslough 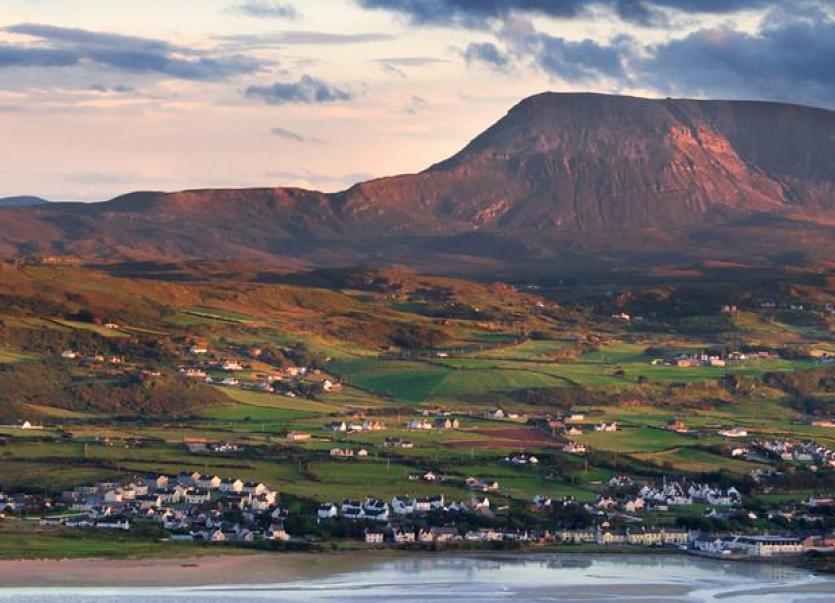 Sympathy
The sympathy of the community is extended to Brendan and Patricia Twomey, Lurgabrack, Hornhead on the death of Brendan’s mother Mary in Dublin recently. Mary was a frequent visitor to the area over the years along with her late husband Thomas. Sympathy is also extended to the entire family circle.

Mummers Presentation
The Sheephaven Mummers presentation to the Donegal Hospice will take place in McNulty's on Friday, February 8 at 9pm.Supper is provided and everyone is welcome to what is always an enjoyable night.

Ballymore Parish Bowling Club
Ballymore Parish Bowling Club held a competition in memory of their friend Donal McClafferty a former club member last week. Donal was a great friend and they have lots of lovely memories of him.
Charlie Mc Kinley kindly sponsored the plaque and trophy. Thank you, Charlie.
At the end of two good nights of fun they had a play off between Charlie Mc KInley and Dennis Herrity where Denis came first with a very close win. Congratulations to the winner.
Donna Sinclai, daughter of Donal McClafferty, presented the prizes to the winners. The club would like to say thanks to Tommy McKinley for all his help on both nights from organising teams and getting hall ready.

Workhouse Playground
We are asking for help to reopen the Community Playground. It has been closed since before Christmas as we need to replace the ground cover which is Playground Bark. The cost of this Bark, delivered, is €940. This is one of the many costs involved in keeping the playground open and at present
If anyone can help us in any way, we would be very grateful, in either full or part sponsorship. This would of course be acknowledged in the playground. If you can help please contact Susan 0863717407.

Table Quiz
A Table Quiz in aid of Dunfanaghy Workhouse Playground will be held in Arnolds Hotel on Friday, February 8 at 9pm. Entry fee is €5 per person and everyone is welcome.

Dunfanaghy Indoor Bowls
Many congratulations to Phyllis Lyttle & Kathleen Duggan and James McHugh & Fred McKinley on their wins in the completion of the County Nationals in St Johnston. Phyllis and Kathleen will be Donegal’s representatives in the National finals in Shaws Bridge in March and James and Fred will be the county’s representative in the Over 55’s.
Congratulations to Joe Duggan and Andrew Alcorn in qualifying for the St Johnston BC Singles Final on Monday night.
Disappointment for Joe Duggan, a member of the Donegal Men's team, which, after a tight game in the Quarter-final, lost out to Oriel Zone.
This week sees Laghey Pairs with the final on Friday.
The club’s Bill McKinley Open Singles will be held in the Ozanam Centre, Dunfanaghy, with qualifying from Tuesday, January 29 to Thursday, 31 and finals on Friday, February 1.. Entries to Drew Alcorn, 0863454769.

Scór Sinsear
Anyone interested in taking part in Scór Sinsear should please contact Margaret Anne on 087 6207919. The two semi-finals are on Friday, January 25 or Friday, February 1 so we don’t have a lot of time.

Ballymore Parish Centre
Our Good as New Sale is on Thursday February 7 and Friday 8 from 6.30pm to 8.30pm in Ballymore Parish Centre. The Hall will be open on Thursday 7 between 2pm and 3pm if you want to leave items.
We are sorry but we can only accept good as new items (clothes) and no second hand electric items. Bric a brack must be in good condition and Toys must be working. Whatever we don’t sell goes to charity. Thank you in advance. Look forward to see you there.

Meeting
The next meeting of DACN Committee is planned for Thursday, February 7 at the Ozanam Centre.
New Year’s Day Swim
The organisers are very grateful to everyone who helped with, took part and supported the New Year’s Day Swim at Marblehill and ask anyone who has any outstanding sponsorship cards to return them to club Treasurer Margaret Ann on 0876207919.

Swimming
Please note there is no swimming on this Saturday, January 26.

St. Michael’s Bingo
The €100 on the Blue Sheet Game at the Bingo Session in Creeslough on Sunday night last was won by Bridget Sweeney, Magheramena. The €75 was won by Grace Ann O’Doherty, Greenhill.

The Late Denis Harley
The communities of Creeslough and Dunfanaghy were shocked on Wednesday morning last on hearing of the sudden death of local businessman Denis Harley from Ards, Creeslough and owner of Molly’s Bar in Dunfanaghy.
Denis was also an active and popular member of the local community and was very generous to local causes. He was generous to the Church and sponsored the St. Michael’s GAA Club and supported Dunfanaghy Boxing Club and other community groups.
Denis was born in Belfast, raised in Derry and lived in England and Dublin before coming to live in Ards in recent years with his wife Nora, a member of the Harkin family from Ballymore.
Denis was a painting contractor and he bought Molly’s Bar in Dunfanaghy a number of years ago and completely refurbished and extended the premises, he was hardworking, motivated, and fun filled and loved been with family and friends and taking them on holidays.
The large attendance at the wake and funeral were testament to the high esteem that he was held in within the local communities.
Denis was predeceased by his mother Margaret a number of years ago.
The deepest sympathy of the community is extended to his wife Nora and children; Declan, Laura, Una and Denis and to his 10 Grandchildren, to his father Eddie, two brothers and four sisters and to the entire family circle.
His Funeral Mass in St. Michael’s Church Creeslough on Friday last was celebrated by Fr. John Joe Duffy C.C. St. Michael’s, the Concelebrants were Fr. Martin Doohan P.P. Dunfanaghy and Fr. Pat McGarvey P.P. Fanavolty.
Burial was in Doe Cemetery.
The local businesses had a guard of honour as his remains were brought to the church.

The Late Keith Douglas Allan
The death has taken place at the Donegal Hospice of Keith Douglas Allan, Castledoe, Creeslough, and formerly Johannesburg, South Africa.
Deceased was 83 years old and was born in Johannesburg South Africa in 1936. He was pre-deceased by his wife Pat.
He was a well respected man and the founder of Hearts of Hope Charity Home in Johannesburg for orphans of Aids and children infected and affected by Aids.
He had a love for Theology and Philosophy, for painting and a great love for Donegal.
The deepest sympathy of the community is extended to his daughter Celeste, brothers Clifford and Ivan, nephew Brad and the entire family circle.
His Funeral Mass in St. Michael’s Church in Creeslough on Saturday last was celebrated by Fr. John Joe Duffy C.C., St. Michael’s followed by private cremation.