An event will take place in Castlederg Hotel on Thursday 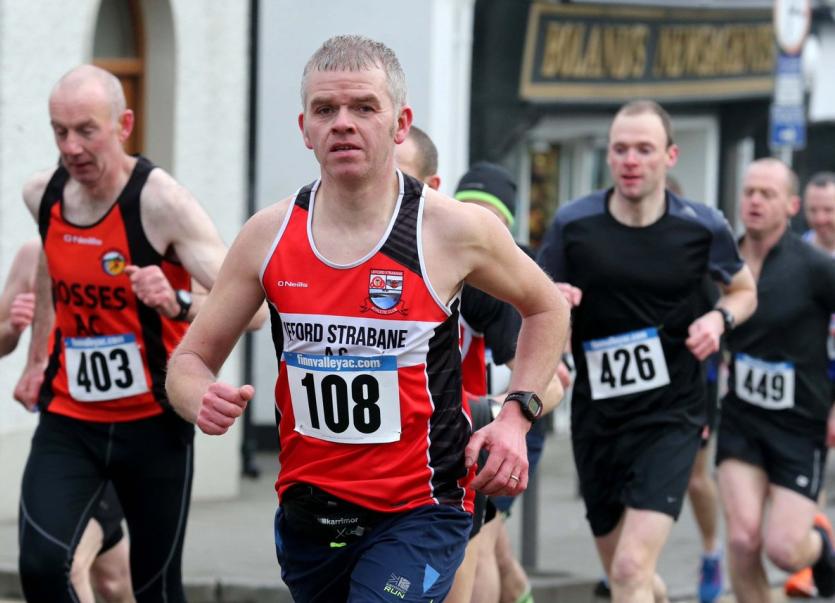 The community of Newtowncunningham and surrounding areas have come out in force to support one local man and his family to raise money to carry-out necessary modifications to their home.
Paul Dillion a 44-year-old local butcher, affectionately known as ‘Diddler’ was diagnosed with a life-changing condition around the begining of this year.

Dance tonight
Tonight a ‘Dance for Diddler’ will take place in the Redcastle Hotel.
Keelan and the Causeways will take to the stage with with special guests, Ritchie Remo, Paul Kelly, Paul McCahill, Malcolm Fisher and Chrissy Mac.
The MC this evening will be Terence Lafferty from Highland Radio. Doors will open at 9pm and there will be a big raffle this evening.
A large crowd is expected to attend tonight's events. It is certain to be a great night in aid of a wonderful cause.

Athlete
Paul is a member of the Lifford Strabane Athletic Club and continued to compete up to 2018.
He is well known and popular among many clubs in the county.
His great love for athletics was reflected when many came out to join him in a 5k fundraiser which was organised in Newtoncunningham.
Married to Emma, the couple have three lovely daughters, Lilly, 11, Heidi,9 and Daisy, 2.
The family live in Ballybegley.
Emma expressed the family's heartfelt thanks to all those who came out to join them and take part on Saturday.
They all enjoyed the day and local councillor Paul Canning spoke of the pride he felt in seeing the large numbers who had come out to support the Dillon family.

There have been a number of fundraisers, to date which have been very well supported by sporting clubs, the community of Newtowncunningham and the surrounding communities.
On Wednesday, February 13, a monster gig took place in the Grianán Hotel in Burt which proved very successful.
On February 15, a ‘Come Dine with Me’ event took place in Biddy Friel's which proved to be a fantastic night of fun.
A tractor run took place in Carrigans on February 17 which was well-attended and was fun to watch as well as take part in.
Fundraising is continuing and goint strong.
Should you wish to contribute or support you can do so by going to the social media platforms and contribute.