Farce, romance and hilarity ensues at An Grianán this mating season 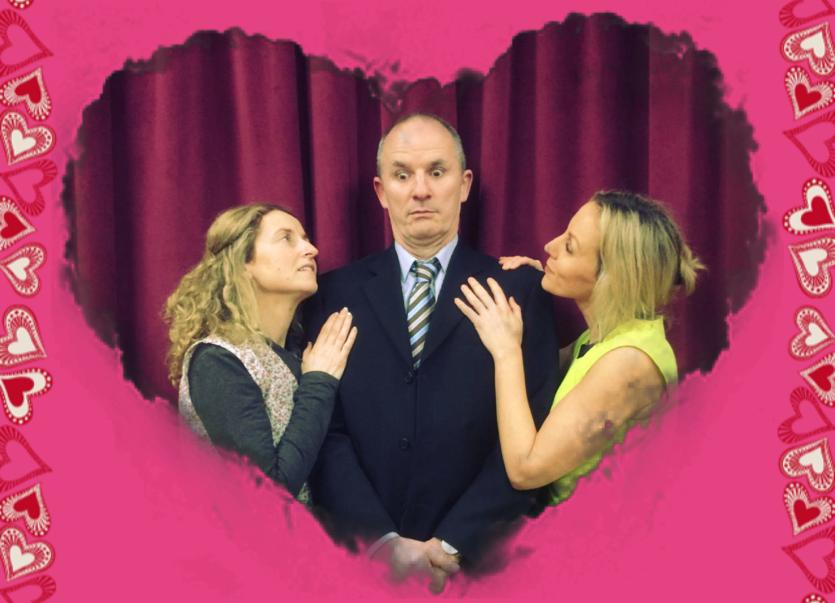 The Letterkenny Music and Drama Group return, once again, to the An Grianán Theatre stage to present Sam Cree’s hilarious comedy ‘The Mating Season’ from Thursday, March 7 to Saturday 9 at 8pm nightly.
Take one lonely widower and mix with a desperate widow, a German weight lifter, a “Darling” friend, and a Ballymena spinster, mix them together and you get the hilarious ‘The Mating Season.’

Hilarious farce
Originally featuring Carry On legend Sid James in his final stage role, ‘The Mating Season’ has proved hugely popular with audiences the world over since it was penned by Northern Irish playwright Sam Cree.
This hilarious farce sees Sid Gillespie (Bill Vaughan), a widowed bachelor who desperately wants the hand in marriage of his lady friend, Stella Morley (Orla Carlin), much to the dismay of her daughter, Vanessa (Claire Gildea) and his cleaner Mrs. Jamieson (Elaine Gillespie).
Stella accepts Sid’s proposal on one condition – that he ensures his two sons, Mervyn (Pauric Gallagher) and Robin (Andrew Tinney) along with his Dahlia loving brother-in-law, Fred (Andy McGranaghan) move out of the house.

In agreement, Sid contacts the current love interests of the men and invites them around to discuss the idea of marriage and hopefully persuade them into engagement. As Sassy Babs (Karen McNulty), German immigrant Helga (Kelda Doherty) and nervous Violet Harris (Rosemarie Gildea) make themselves comfortable in Sid’s home, he ends up getting more than he bargains for and the hilarity of each predicament unfolds.

Boycie
Directed by well known comedy stalwart Andy McGranaghan (who is looking forward to his supporting role to John Challis a.k.a. Boycie from Only Fools and Horses) and produced by the multi-award winning Pluincead O’Fearraigh, the show promises to be a night of hilarious hi-jinks and comedy at its best.