The late Nan McGroary - an Appreciation 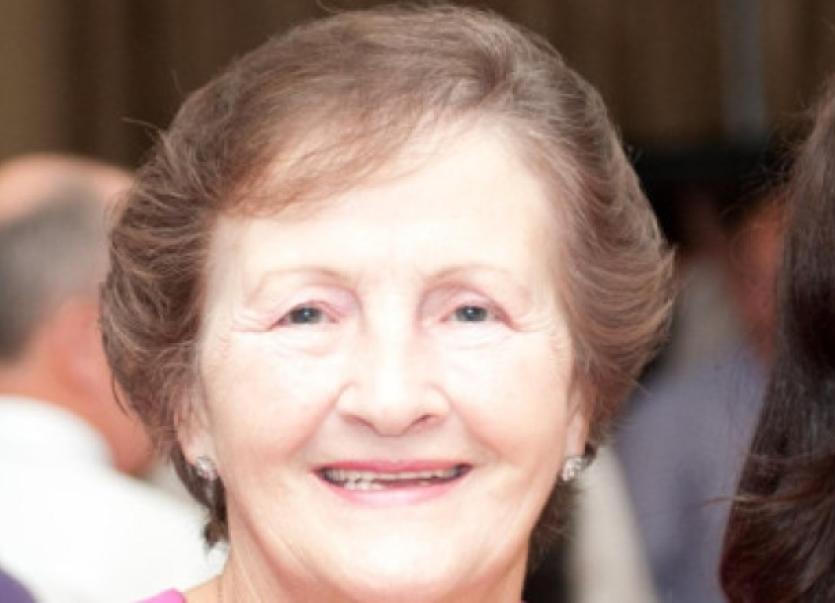 The people if the Drimarone area were deeply saddened on the 20th July when they heard of the death of Nan McGroary (Letterbarrow) following a short illness.

The people if the Drimarone area were deeply saddened on the 20th July when they heard of the death of Nan McGroary (Letterbarrow) following a short illness.

Nan was born to Johnny and Jane Furey in Brenter on the 5th July, 1942, the fifth of six children.

A lively teenager, Nan loved dancing and spent many a night in St. Mary’s Hall, Dunkineely. Despite her love of a good social life, Nan joined the Pioneer Association in Ardaghey and proudly wore her gold pin for the last six years. Nan was an involved and committed member of the Association, attending meetings regularly and for the last number of years organising the annual dinner dance.

When she left school Nan went to work in Dunlevy’s Printing Works, staying there ‘til her marriage. In 1962 Nan married the love of her life, Connie McGroary and moved to Connie’s home place in Letterbarrow. Connie and Nan had 12 children. Their first daughter Mary Janet died a few hours after birth but was remembered by the family. The surviving family of two girls and nine boys thrived under the loving care of Connie and Nan.

Nan was a very committed wife, mother and homemaker but still found time to be an active and involved member of the Drimarone community, taking part in and helping organise many of the social events in the area. She established valuable and lasting friendships there. When friends moved away Nan always kept in touch and was always in touch with local friends and family almost daily. (Telecom Eireann have lost a very valuable customer).

Between rearing 11 children and taking part in the social life of Drimarone, Nan and Connie loved dancing and managed to socialise near and far thanks to a reliable coterie of ‘babysitters,’ particularly Mary Griffin of Drimboarty. Nan always mentioned how grateful she was to this particular gentle lady.

Nan was devastated when Connie died in 1992 but she had become housekeeper to Fr. Neil Boyle around this time and also Sacristan in the Church. She always said this helped her cope with the loneliness of widowhood. She continued as housekeeper to Fr. Michael Martin until his death when Drimarone ceased to have a curate. Then Nan threw herself totally into the role of Sacristan, spending hours looking after the church, so much so that many people remarked on how well this little church looked - the brass shone and the linen was sparkling white.

What did Nan do for recreation - bingo. Thursday nights were sacrosanct as Nan and friends headed to the ‘Bosco’. Here again Nan had a circle of friends who miss her so much. (She also played bingo in the Blue Stack Centre in Drimarone).

Nan had many achievements but her greatest was as a wife and mother. I’m sure every one of her family would attest to this. She was totally committed to her family, daughters, sons, sons-in-law, daughters-in-law and her 23 grandchildren, plus two that arrived since Nan’s illness. She never missed their birthdays or wedding anniversaries.

There is many a sad heart among Nan’s circle of friends. We miss the ‘phone calls, the chat and the outings.

Our deepest sympathy and heartfelt sorrow to John, Patsy, Colin, Barry, Bobby, Linda, Fergus, Alan, Raymond, Sinead and Seamus and their partners and all the grandchildren. Also to her sisters Eileen and Kathleen and her brother Jack and the extended family. (She was predeceased by her brother Bobby and sister Caroline). To her huge circle of friends, all of whom meant so much to Nan, ar dheis De go raibh a h-anam uasal.