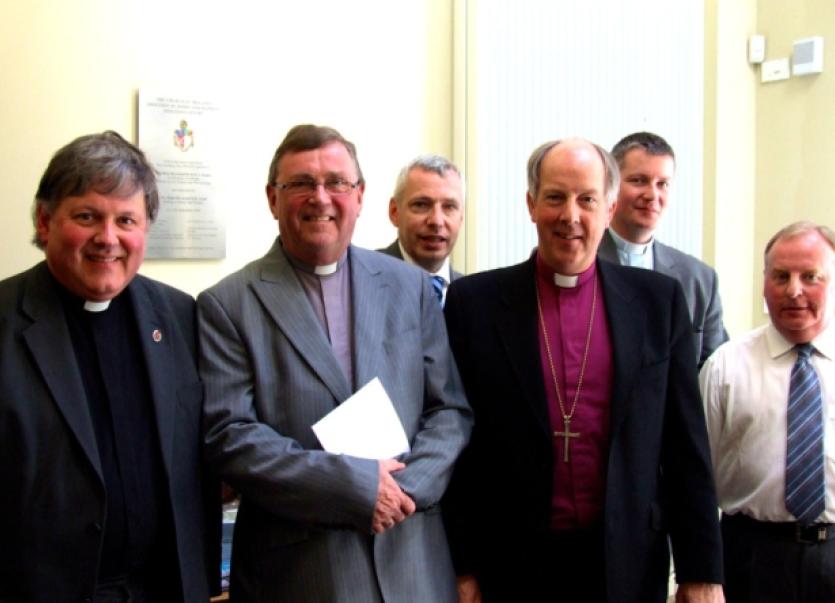 A special event was held in the Derry Raphoe Diocese to mark the retirement of Archdeacon Scott Harte.

A special event was held in the Derry Raphoe Diocese to mark the retirement of Archdeacon Scott Harte.

Archdeacon Harte retired from full time ministry and has served as Archdeacon of Raphoe for thirty years. Until his retirement he was Rector of Dunfanaghy, Raymunterdoney and Tullaghobegley on the beautiful coast of north Donegal.

He spent his early life in Belfast. He was ordained in 1971 and served curacies in Bangor Abbey and Ballynafeigh. His move to Raphoe diocese came in 1976 when he was appointed as rector of Ardara, Glencolumbcille and Killybegs.

In 1998 he took up his current post in Dunfanaghy.

An event took place on 12th June to mark the Archdeacon’s retirement took place immediately after the monthly meeting of the Diocesan Council and was attended by Council members and key office holders in the diocese.

A number of speeches were made expressing appreciation for the Archdeacon’s contribution to the life of the diocese. Mr Geoffrey Kelly (Diocesan Secretary) and Dean William Morton (St Columb’s Cathedral) expressed their thanks for the ease with which they worked with the Archdeacon and for his helpfulness.

Bishop Ken Good talked of the important contribution that Scott Harte made to the life of Derry and Raphoe over many years. In thanking him for his faithfulness he wished him a long and happy retirement as he begins this new stage in his life.

The Bishop said “Archdeacon Harte brought great warmth, humanity and compassion to his ministry in our diocese. This, along with a high level of practical wisdom and insight, will be greatly missed. I speak on behalf of myself and the diocese in offering our warmest good wishes for his retirement”.