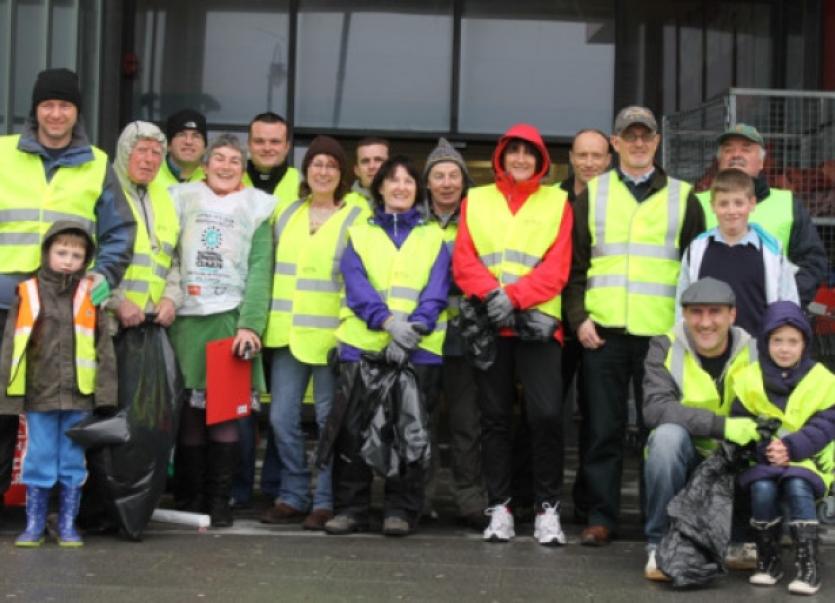 Following on the success of last year’s Weekend Challenge Bundoran is getting ready for another fun day out for everyone with a Big Spring Clean on Saturday April 20th.

Following on the success of last year’s Weekend Challenge Bundoran is getting ready for another fun day out for everyone with a Big Spring Clean on Saturday April 20th.

While the cameras will not be rolling this year the group are looking forward to getting everyone out and about for a good spruce up before the season and have a number of projects earmarked for completion. The Big Spring Clean 2013 will also include the official launch of the Village Renewal Project funded by Donegal Local Development Company Ltd. under the Rural Development Programme 2007 -2013 which provided street furniture and training to the group and community.

Can you - plant flowers, paint a wall, carry a bag or wield a power hose or brush? If you have any or all of these skills and can spare an hour or more on April 20th, Bundoran Tidy Towns Group wants to hear from you.

All efforts on April 20th will give Bundoran a big boost in their National Competition Scores for 2013 and show the world how proud we are of our town. The group will be filling the 40 street planters recently installed as part of the street furniture of the town and doing a general litter pick as well as carrying out at least three painting projects and some additional planting and weeding. Anyone with green fingers, a handy andy or artistic nature is most welcome.

The Tidy Towns Group in Bundoran has steadily increased its activities over the past three years starting with regular litter picks and entry into the national competition and branching out to becoming a Coast Care member, planting hanging baskets and troughs and planters at the town entrances to tidy up of run-down buildings and public areas. At all times the group’s ethos has been action over meetings and the group were delighted with the enthusiasm and support of last year’s Weekend Challenge. Always wishing to work with the whole town the group are putting out an appeal to groups, individuals and businesses to show what they are made of even without tv coverage and come out and support the Big Clean Up on April 20th.

Over the next couple of weeks members of the group will be out and about looking for your help. If you want to get involved please contact the group by email at tidytownsbun@gmail.com,on Facebook at Bundoran Tidy Towns or by phone at 086 780 5513. See you on April 20th to keep Bundoran Beautiful.