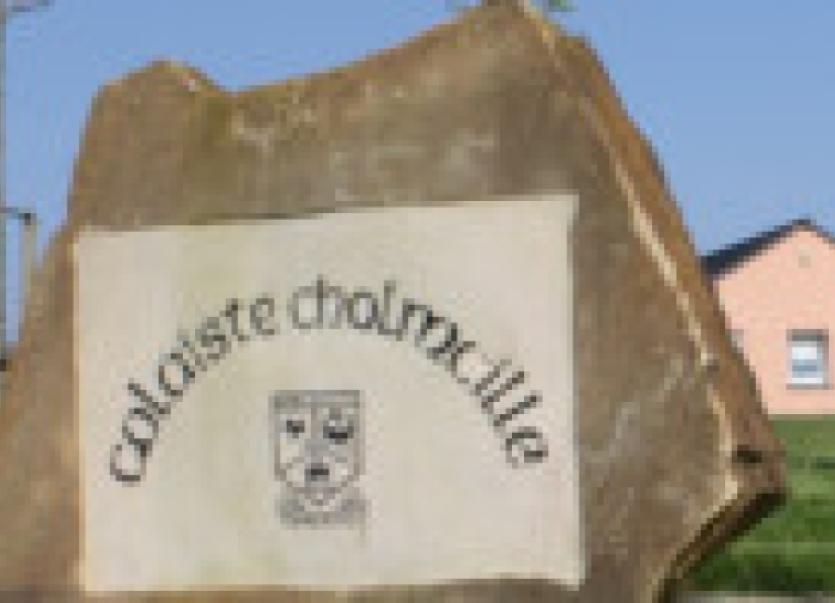 We would like to extend our heartfelt sympathy to the Lipsett and Martin family at this difficult time, assuring them that they are with us in our thoughts and prayers.

The musical, based on the hit Disney Channel Original Movies Camp Rock and Camp Rock 2: The show has been produced by Mrs Geraldine Diver, directed by Maura Logue, musically directed by Ms Niamh Currid and choreographed by Ms Julianne Murphy.

This musical is set to fire up the stage with over a dozen songs, including “This Is Me”, “Can’t Back Down”, “It’s On” and “We Rock.” A classic story of rivalry and power! Mitchie (Aoibhinn Gallagher) and her friends (Kevin Kennedy) arrive at Camp Rock, ready to spend another summer jamming out and having the time of their lives. But the new, flashy Camp Star across the lake now threatens Camp Rock’s very existence. To keep the doors open, Mitchie steps up, rallies her fellow Camp Rockers, and gets them into top shape for the ultimate showdown! A high energy show full of singers, actors and dancers and a must see for all the family! Good luck to all involved.

Good luck to the Transition Year Drama and Theatre Students and their teachers, Ms Anne Marie Garvey, Mr Conor Beattie and Mrs Fiona Kheul in their upcoming drama competition on Tuesday night in The Bolar Arts Centre in Ballybofey. The Butt Drama Circle once again organises and hosts this festival showcasing the talents of Donegal’s actors of tomorrow. Schools from all over the county participate in a celebration of youthful dramatic talent.

Good luck to Kevin Kennedy, Michael O’Moore, Aaron Britton and Darragh Oldham in the Concern debates, the next round of which will take place in a fortnight against Elphin. The Concern Debates aim to promote a deeper awareness and understanding of global issues, to provide students with a public forum, to develop skills in research, presentation and debate and to encourage students and teachers to become lifelong advocates on issues relating to poverty, justice and human rights. The debate will take place in Colaῐste Cholmcille and all are welcome to attend. Thank you to Ms Anne Marie Garvey for her untiring work in this regard.

Hard luck to the Senior Girls Gaelic Team who were narrowly defeated by Glenties in a local match for Ballyshannon last Tuesday. The weather conspired against the team and unfortunately on this occasion the ladies were not successfully, despite a brilliant performance by Roise Keon who was well marked in midfield.

CCBS Vs. CASTLEBLANEY, U14 BOYS GAELIC

After a lively first game that ended in a draw, Colaíste Cholmcille under 14 boys were hoping to get their first win of the campaign. After a delay to the start of the game, it was another lively start to this encounter. Dylan Gallagher started the match very well with two goals and a point. Castleblayney also scored a goal and a point early on in the match. Michael McKenna was the stand out player at this point of the match with powerful runs helping out the midfield and helping Dylan Gallagher add to his tally. Colaíste continued their dominance with another two goals from Odhran O’Neill and Shane Dorrian, with Dylan Gallagher again being involved in the two goals. Castleblayney scored their second goal of the half and the two teams traded points for the rest of the half. Dylan Gallagher finished the half with his hat-trick.

Like the first game against Kilkeel, this game’s second half was a lively one. Castleblayney were the first of the two teams to make their mark in the second half with an early goal and a point. Michael McKenna got a goal back for Colaíste. There was then constant pressure by Castleblayney with a point and a lot of goal mouth opportunities. Soon Castleblayney had brought the score back to a close 6-9 to 5-9. Shane Dorrian got a goal that hit the net like a rocket. But Castleblayney took the game back into their hands with more pressure on the Colaíste goal. They had a few points but Dylan Gallagher again scored on the counter attack. Mark Gallagher made a great save after more pressure from Castleblayney. The Colaíste defence stood tall like a brick wall and Mark Gallagher made yet another great save. The match ended with Sean Taylor scoring the rebound from his weak penalty.

The stand out players in this game for Colaíste were Michael McKenna for his impact on the first half and Dylan Gallagher, for his goal scoring threat. But Eanna O’Hara was the man of the match for his performance especially in the second half when Colaíste were under a lot of pressure. Tiernan Duffy was one of the top players for Castleblayney.

CCBS Vs. KILKEEL, U14 BOYS GAELIC

On a warm day in Cookstown, the Colaíste Cholmcille Under 14 Boys were looking to start their season with a win over Kilkeel from county Down. Kilkeel got off to a flyer with a goal in the first minute. Shane Dorrian got Colaíste back into the game with three points in quick succession. But Kilkeel took a demanding lead with two goals and point to take a seven point lead. Colaíste came back with two goals from Conal Sweeney and one from Shane Dorrian which brought them right back into the game. Mark Gallagher made a great save at the end of the first half to keep the match tight. 3-4 to 3-5 was the score at the end of the first half with Colaíste finishing in dominating fashion.

It was a sloppy start to the second half by both teams with both teams missing important chances in critical areas. The second half was sprung to life with a goal for Kilkeel and Colaíste being awarded a penalty, which was calmly dinked home by Conal Sweeney which added to his impressive tally. The match was even to the end of the game, with goals from Kilkeel and goals from Reece McGrath of Colaíste. The Match ended with Kilkeel providing constant pressure on the Colaíste goal, but Mark Gallagher kept them in it with two great saves including one from a penalty. The score finished all square which was a fair result due to the end to end action.

There were many standout players for Colaíste including Conal for his goal scoring and Killian for his work on the back line. But Shane Dorrian was man of the match because he kept Colaíste in the game at the start and overall played a fantastic game. Paul Quinn number 13, was a standout player for Kilkeel due his attacking threat.

First and Second Year Girls are encouraged to become involved in Girls Active which is taking place in The Mercy Hall on Wednesdays at 12.30 pm.

Much research indicates that lack of physical activity is directly related to increased obesity, truancy and increased risk taking (use of drugs and alcohol) among school-aged girls. In correlation to the studies, providing choices of leisure has promoted successful life skills such as utilizing positive coping skills, increased sense of self, reduction in risky behaviours and increased goal setting. Research suggests that physical activity is an effective tool for reducing the symptoms of stress and depression among girls. Physical activity is anything that requires movement of your body and increases heart rate. Working out on a regular basis (at least three days a week) will make you strong, increase energy and flexibility and turn you into a physically active person.

This week sees the beginning of a series of lunchtime recitals which will take place in the Music Room, Room 28 each Wednesday. The first performance was by National Orchestra flautist, Amy Gillen. The recitals are open to staff, students and members of the public. Photos can be viewed on the school website.