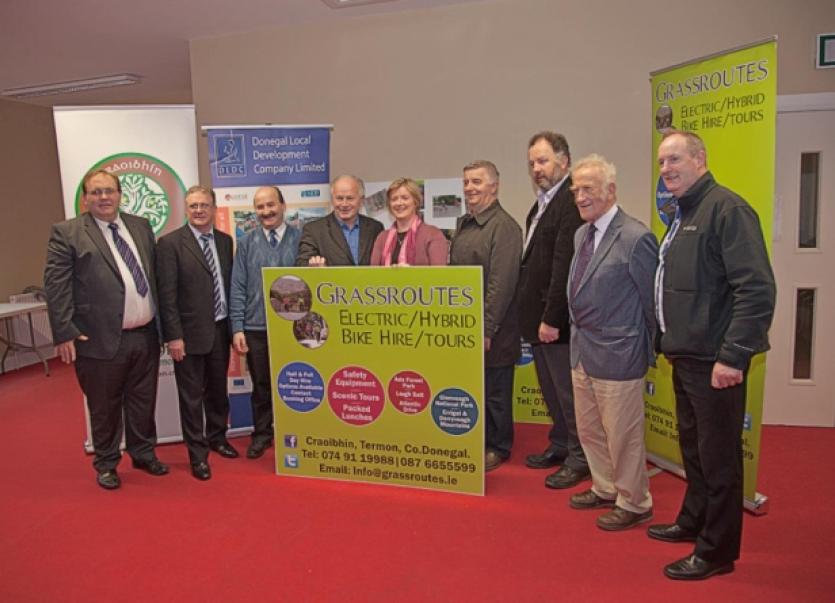 Despite pressures on budgets everywhere, one local development company managed some record achievements this year.

Despite pressures on budgets everywhere, one local development company managed some record achievements this year.

DLDC delivers these programmes throughout all parts of county Donegal excluding Inishowen, via a core staff of 50, based in offices in Letterkenny, Donegal Town, Ballyshannon, the Bluestack Centre, Cill Cartha and Gaoth Dobhair.

As administrators of the TÚS, Rural Social Scheme and Job Initiative Programmes, the company is the chief employer of nearly 400 persons.

Under the Local and Community Development Programme, the company: supported students through the Higher Level Education Grant; provided training for jobseekers in conjunction with the Regional Employment Service and; assisted four community networks through community grants.

Chairman Jim Slevin said the relationship with community groups in the Donegal Gaeltachtaí had been significantly strengthened in 2013. He also outlined DLDC’s work with farmers on health, safety and social issues and its support of the Man Up campaign.

To date, DLDC has supported more than 200 projects through the LEADER Rural Development Programme. The LEADER team, led by Frank Kelly, oversaw more than €3m in grants to local projects in 2013. Among the projects were two microbreweries: Donegal Brewing Company in Ballyshannon and Kinneagar Brewing Company in Ramelton, as well as the White House Garden in Castlefin, Ionad Pobail Charraig Ui Bhaoill and Ireland by Bike in the Donegal Gaeltachtaí.

The company was awarded an additional €290K in grant funding for projects in the Donegal Gaeltachtaí in December of 2013.

Inga Bock, Rural Recreation Officer, ensured that the the extension of the International Appalachian Trail found its European landfall in Donegal, while a number of walks in Donegal continued to be developed.

The role of DLDC in supporting community groups and volunteers was also outlined, including cross border projects.

Chairman Jim Slevin said the chief challenge of 2014 will be responding to high levels of disadvantage, especially as Donegal has the highest level of food poverty in Ireland. One new opportunities for the coming year will becoming directly involved in childcare provision for the first time, under the Community Employment Scheme. He concluded: One thing is for certain DLDC will not be lacking in its dedication to local social and economic development in Donegal.”