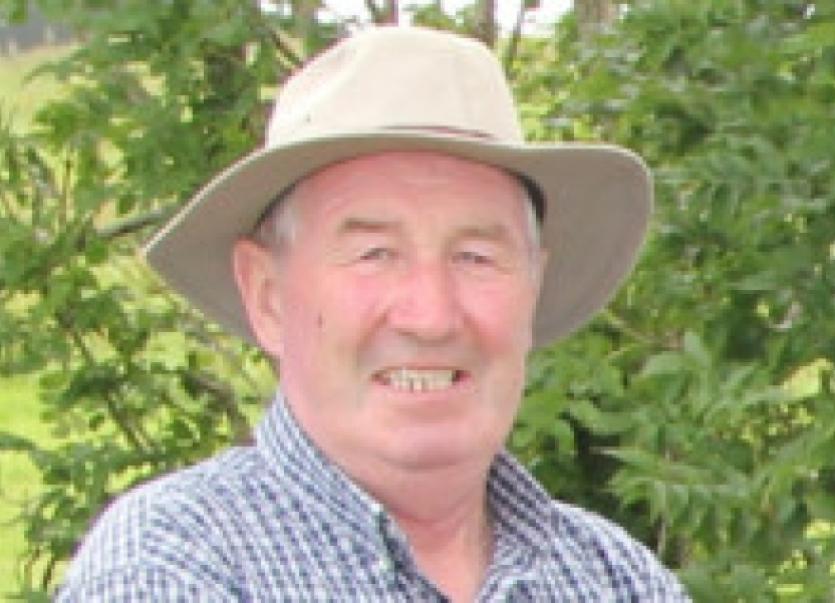 St Patrick’s Church in Ballyshannon was full to overflowing on Tuesday morning, as the community gathered to bid farewell to PJ Gavigan of Cloughbally.

St Patrick’s Church in Ballyshannon was full to overflowing on Tuesday morning, as the community gathered to bid farewell to PJ Gavigan of Cloughbally.

The popular 64-year-old father of four passed away suddenly on Sunday evening.

At the start of his funeral mass, grandchildren brought up gifts representing his many interests - a Donegal cap for his love of football, a miniature black cow for his beloved Aberdeen Angus cattle, and a spanner for his great skill as a mechanic.

Fr Dermot Burke, who was joined on the altar by Fr Florrian Farrelly and Fr Herbie Bromley, praised the way the community had rallied to support the Gavigan family after PJ’s death. “They cleared roads, laid gravel, erected lights and made a colossal amount of sandwiches. Everybody was responding to the goodness in PJ’s life with the same generosity of spirit that he always showed others.” He said he knew how much the family appreciated these gestures of solidarity.

Fr Burke also spoke of PJ’s great talents as a mechanic and said that, by keeping all the bakery vans in the area in good order, he’d “fed the residents of Ballyshannon their daily bread”. He highlighted PJ’s love of the land, and of farming, as well as his great time for young people. PJ was very active in the community. A member of the Ballyshannon Agricultural Society Show committeee, he was at the Agricultural Show Dance last Saturday night,” Fr Burke noted.

“PJ lived his life to the full. He brought joy, help and encouragement to people’s lives. He used his abilities in the service of his family and his neighbours.” Fr Burke concluded.

As the hearse made its way to the Abbey Assaroe cemetery afterwards, a guard of honour stood either side of the road outside McGinley’s where PJ regularly took part in 25 card nights.

Bundoran Town Councillor Mick McMahon said later: “The huge turnout at both the wake and the funeral shows the great esteem in which PJ was held. He was a friend to everybody. On behalf of everyone in the community, I would like to extend our deepest sympathies to his wife Kathleen, their daughters Margaret, Catriona, Charlene, son Pauric, brothers Frank and Michael, sisters Eileen Menarry and Mary Forde, grandchildren and extended circle of family and friends.