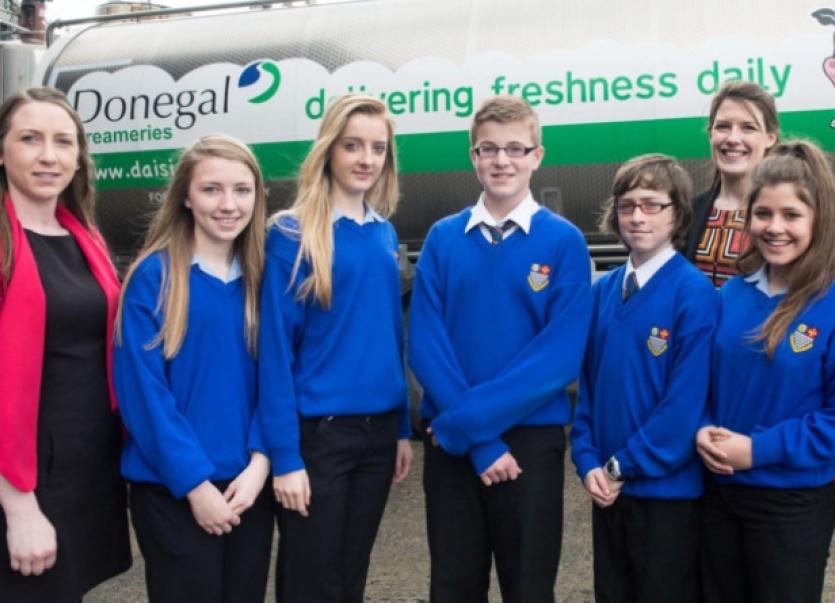 Five students from the Royal and Prior Comprehensive School in Raphoe have made it through to the finals of the National Dairy Milk It Awards.

Five students from the Royal and Prior Comprehensive School in Raphoe have made it through to the finals of the National Dairy Milk It Awards.

National Dairy Week, a nationwide celebration of dairy, ran from May 12th to 18th.

In the competition, the National Dairy Council challenged students to produce their own advertising campaign to promote the importance of dairy to their peers.

Twenty teams from around the country were shortlisted to present their campaign at the NDC Milk It Awards as part of National Dairy Week, with television personality Deric Hartigan from 3e serving as master of ceremonies for the event.

Royal and Prior students secured their place in the finals by producing a short video to promote the importance of dairy that featured Donegal Creameries School Milk.

Set to Pharrell Williams’ infectious hit song, “Happy,” the students’ video features Royal and Prior students and can be viewed online at http://www.youtube.com/watch?v=qBpsPS6PycY&feature=youtu.be.