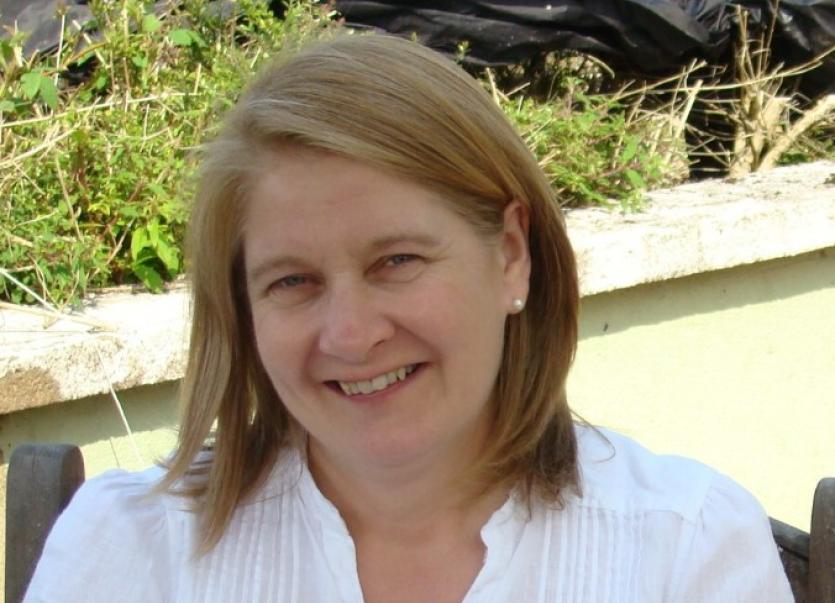 A poignant and memorable tribute was paid to former RTÉ producer Mary Campbell from Belleek, before a huge crowd just after her funeral mass in St John The Baptist Church, Toura, last Saturday.
The graveyard was stilled save for soft birdsong as her friend and former colleague Emer Woodfull told the mourners, many of whom were ex colleagues from the world of journalism that:
“It was time to say goodbye then to the beautiful country girl who was still deep in Fermanagh and nature and the lands and the Blue-belled filled woods here where she touched the wonders of life.
“It was time to say Slán to the slight little girl at the gate in the old black and white photo with fine blonde hair and a big white bow”.
Ms Woodfull told the mourners that Mary was “loyal and grappled friends to her heart, was even and had no interest in drama around things.”
She was also “frank” did not have “notions” and had little time for other people’s notions and was grounded to the end and the “week before she died, she ordered Paul (her husband) to go home and cut the grass as they’d spent enough money getting it right……”
Mary loved words, liked a “well- crafted book and was a good wordsmith herself and always had her homework done and was on the board of the Beckett Festival in Enniskillen.
Ms Woodfull added that Mary Campbell was “smart, astute, a thinker who had sound judgement, but had great kindness which always put others first and that formed part of how she chose to die”.
And she was “curious and always interested in people and their lives and knew all about the nurses in the hospital.
“She had a huge interest in and a love for other people.
“I think that is what drew so many people to her and she was not overly demonstrative, but you knew how she felt from her quiet actions.
“There were so many flowers quietly left at a door, a new nightdress, friends coming with cooked lunches and it was like the Magi arriving at Christmas.
Ms Woodfull noted that Mary’s colleagues in RTÉ made the newsroom go silent when news of her passing filtered through and this was something that Mary would have been genuinely surprised at as she never knew just how much loved she was.
Mary Campbell was “funny and quick-witted and blazed a path from QUB to working as the first farming correspondent in the Irish News, to the BBC and then to RTE.”

Greatest moment
Her greatest moment in journalism was in producing a top class Good Friday Agreement programme in 1998 where she showed all her deep knowledge of that complicated process.
And, even though she had demanding roles, Mary never lost her cool and gave confidence to those around her in the studio.
“Once Mary was in the producer’s chair everything was ok and then you had that gentle voice and soft accent and the beautiful make up free porcelain shining face and the luxurious blonde hair”.
“Tommie Gorman was a great support to her on the medical front and she withstood massive doses of chemo like no-one I have seen, and she had things in order.
“While prepared to have more surgery, she knew her time was short and was grounded in soil of her native Fermanagh in the continual view of the ebb and flow of life and that was the way things were.”
And Mary faced her final journey with a quiet, calm conviction.
Mary Campbell is survived by her husband, Paul Torsney, her mother Ellen, brothers Sean (Mary), Brendan (Geraldine), and Fergal (Ruth), sister Helen (Peter), nieces Jenny and Caitlin, nephews Evan and James, sister-in-law Joan and her many friends and work colleagues.