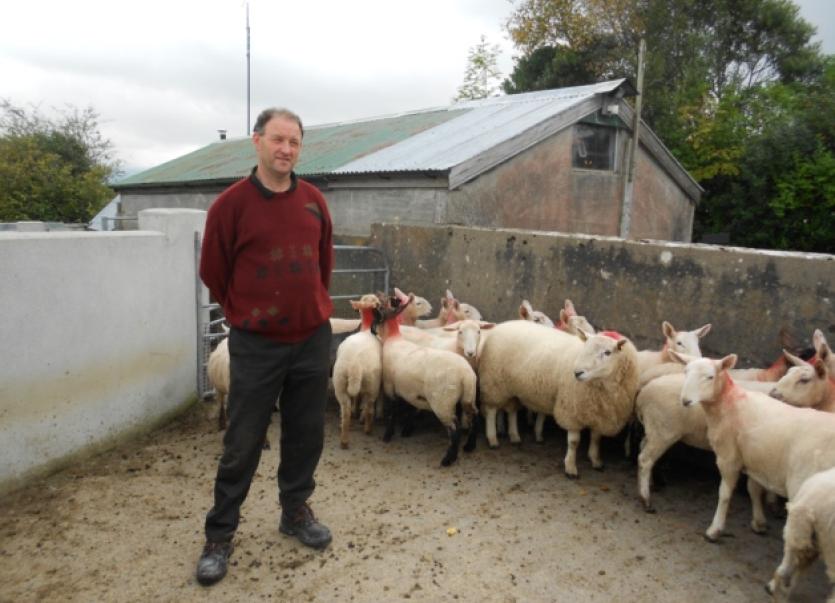 This is an upland farm where suckler cows and breeding ewes are farmed.

130 breeding ewes and replacements are run on heavy ground and hill land. Ewes are 80% cheviot with the remainder being Suffolk and texel cross from the cheviot ewes. Ewes are lambed outdoors in late March/early April.

Francis believes the cheviot and cheviot cross ewe is ideal for lambing in these situations due to her fantastic mothering qualities. Lambs are sold in Manorhamilton mart each year. Francis retains his replacements for his ewe flock each year and the remainder of the ewe lambs are sold.

These cheviot cross replacements are in high demand and this year the ewe lambs have averaged €100.The cheviot ewe has the ability to work hard in the hill situation and rear quality lambs for the market.

Cheviot and Cheviot Cross Ewes are renowned for their hardiness, top class mothering ability and their capacity to produce fast growing lambs with good conformation.

Many farmers who are using Cheviot Cross Ewes consistently comment on her ability to lamb down easily with lots of milk and the lambs are quick to get to their feet and suckle. These Ewes are of low maintenance and are suited to both hill and low land flocks.

Pedigree Cheviot Rams at the Show & Sale next Wednesday have been selected for their tight skins, for being good on their feet and great emphasis has been placed on their conformation. Many sheep farmers are now selecting a Cheviot Ram to cross on their Suffolk and Texel low land flocks in order to produce quality replacements.

When the Cheviot Ewe is crossed with the Suffolk Ram they produce a top class Ewe which is ideal for low land farmers to use as their ewe flock. Research carried out in Hillsborough, Northern Ireland has consistently shown that the Cheviot Suffolk Cross Ewe requires the least attention at lambing and throughout the year and therefore deserves the title ‘The True Hardy and Easy Care Ewe’.

This Cheviot cross Suffolk Ewe known as the Borris Ewe produces a lamb with high growth rate, low fat cover and good conformation when crossed with a continental ram.

Next Wednesday will see the sale of pedigree cheviot hogget ewes take place after the ram sale. This is a great opportunity for sheep farmers to acquire top class female cheviots.