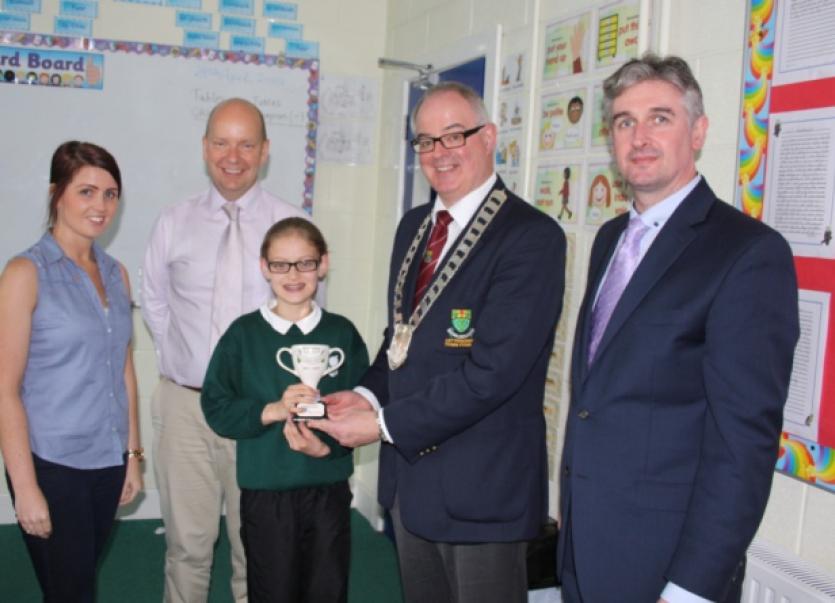 There was plenty of awards on show for national schools in the Letterkenny area in a competition run by the local town council.

There was plenty of awards on show for national schools in the Letterkenny area in a competition run by the local town council.

Staff and pupils of all the schools enjoyed a fun filled day at the ceremony.

Among the guests at the prize giving was Mayor of Letterkenny, Councillor Paschal Blake and Caroline Carr fro the County Museum in Letterkenny.

The Town Council in partnership with Donegal County Museum held a competition for the town schools asking 5th Class pupils to describe what Letterkenny meant to them.

A large platter was presented to the principal of each school, with a special merit, and winner’s prize for two pupils in each school.

The prizes were presented the prizes winners at all four schools by Mayor Blake accompanied by Caroline Carr, along with sponsor Michael Kelly from ‘Kil’n Time’.

The winning entries from the schools will be on display during the exhibition on the history of the Letterkenny Town Council, from mid May in Donegal County Museum.

The overall winner received a place on the Kil’n Time Summer Camp, and her class receives a trip to our studio to paint some pottery.