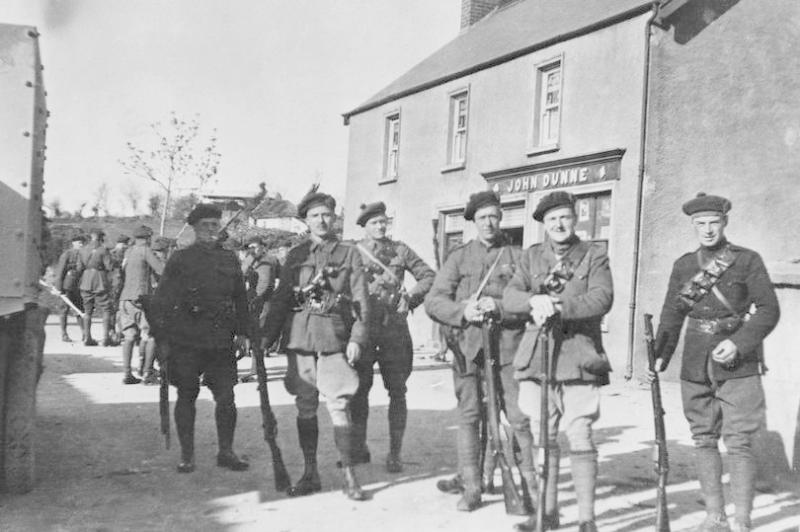 A group of Black and Tans in Tipperary

Plans to commemorate those who served in the Royal Irish Constabulary (RIC) and the Dublin Metropolitan Police have generated much debate and opinion.

The Irish Government is planning an official state commemoration at Dublin Castle on January 17.

The event will be addressed by Justice Minister Charlie Flanagan and Garda Commissioner Drew Harris, but it has not met with universal approval.

Donegal County Council is still undecided as to whether it will send a representative to the event.

Council cathaoirleach, Cllr Nicholas Crossan has confirmed he will not be attending but was unsure whether a replacement would go in his place.

But what do you think? Should our TDs and politicians be attending or should they boycott the event.

All you have to do is tick the box beside your preferred answer.

The poll will close at noon on Wednesday after which we will announce the details.