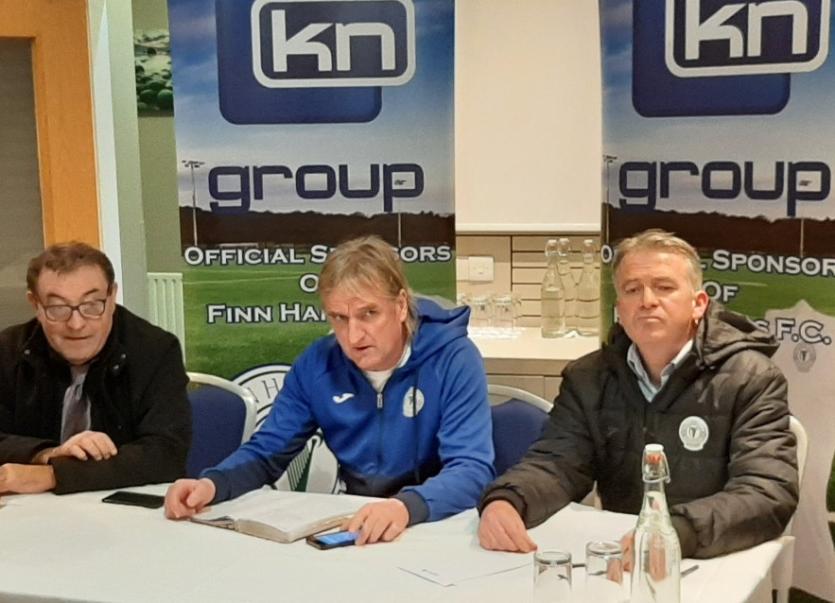 Ollie Horgan has revealed how a new feeling of energy and freshness around the club was one of the main reasons that he decided to agree a new two-year deal to remain on as manager of Finn Harps.

The club held a press conference in Letterkenny on Wednesday evening during which Horgan signed a new deal with Harps - and there’s the option of staying on for a third year.

He said his decision to stay on “wasn’t taken lightly”.

Referring to the fact that he has spoken at length to people on the club’s board, and outside the committee, he said: “I just like the little bit of energy and freshness that I saw among a group outside the board and I just think, yeh, these people mean well. They could help us and be an addition to us.”

He added: “I don’t need to wreck my head and wreck players’ heads. But I was happy with what I heard, and then the pressure will be on us to deliver on the pitch.”

Horgan’s decision to stay on as manager comes just a day after the club’s appointment of a new Commercial Director.

He said he had also insisted on improvement work being carried out on the pitch at Finn Park and was happy to report that on Wednesday, work had got underway on that front.

Last week, Nathan Boyle, Keith Cowan and Ciaran Gallagher became the latest players to confirm their departure from the club and Horgan admitted that he has a difficult task in trying to rebuild his squad for next season.

“But it’s for the remuneration that they get and for what we looked from them on a relentless basis. Sometimes there are easier options out there and we wish everyone of them well. Not one of them owe anything to me or to the club.

He added: “If you held on to what you had last year and added to it you’d be in a much healthier position. But six years ago, I came in here (with no players signed) and we started from that and kicked on. I’m not afraid of a challenge, and nor is my management team.”

Ahead of last season, Harps returned to pre-season in the first week in January and it’s understood Horgan intends doing something similar again this year.

Aside from those players who have departed the club, Horgan said he has spoken to the majority of last season’s panel about signing on again.

To hear some of Ollie Horgan's interview with Diarmaid Doherty, click on the audio section.