Horgan was glad to see his side grind out three points against Shelbourne, although Harps' injury list continues to mount 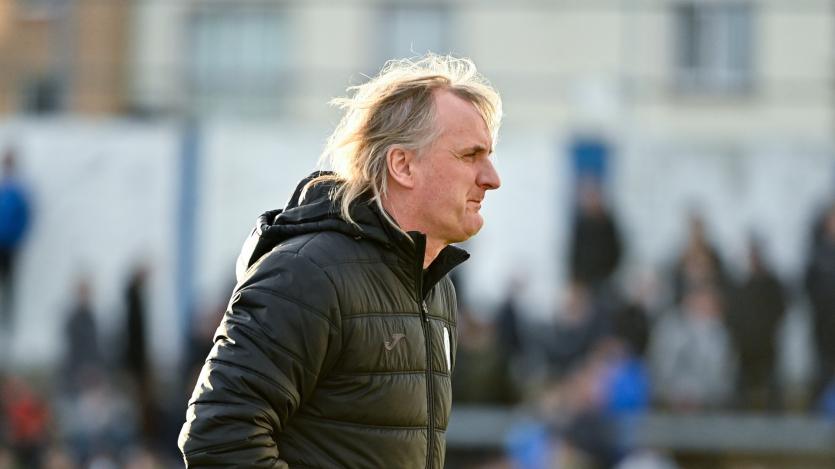 Finn Harps manager Ollie Horan expressed his concern over an injury picked up by Elie Nzeyi in the closing stages his side's 1-0 win over Shelbourne on Friday night.

Harps followers might feel they haven't had the rub of the green this season but they were certainly glad to come out on top in a match that it looked like neither side deserved to win until Barry McNamee struck an 89th minute winner. However, there was a disappointed tone from Horgan despite that, who was on his way to hospital to see Elie Nzeyi, who was stretchered off in the last 10 minutes.

Watch: Duff felt his Shelbourne side deserved at least a draw at Finn Harps

"Glad to get the three points but not the serious injury late in the game," Horgan said. "It didn't look good there and we'll see. We paid a heavy loss for a point in Dalymount this evening and we'll see what tonight brings. It's kind of knock the stuffing out of it."