Donegal artist 'honoured' to have work projected on to GPO 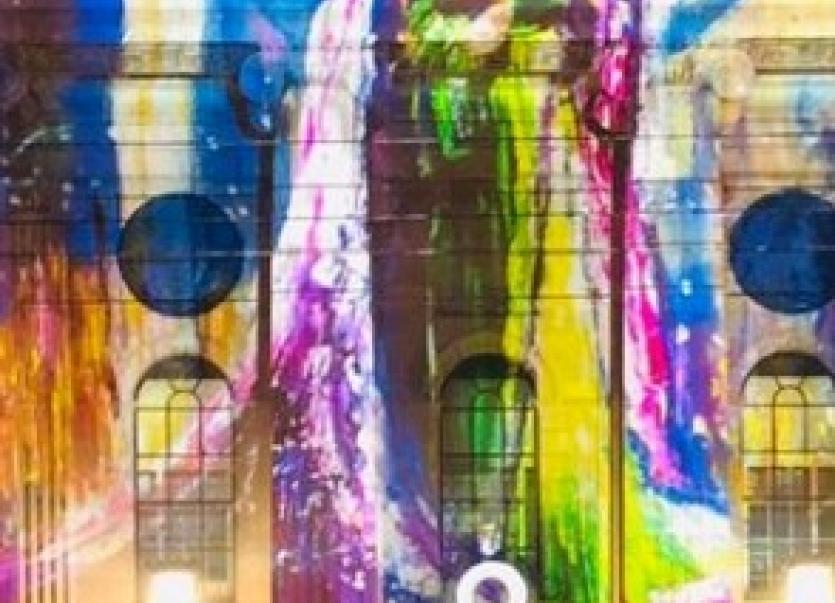 A Donegal-artist has had one of her paintings projected on to one of the country’s most famous buildings.

The painting was selected by Herstory.ie to illuminate famous Irish landmarks as part of the 2020 International Herstory Light Festival.

Originally from Buncrana, Brigid has been based in Kinlough for 18 years. where she has established herself as an artist working in acrylics and oils and specialising in seascapes, and figurative and floral work.

Brigid said she was really honoured to have her work selected and to be projected onto such an iconic and historic building.

“It was great exposure and saying it was such a historical building, I was delighted,” she said.

Brigid has been working as an artist since 2003 after training in graphic design.

“I continued on with painting after that when I was working on other jobs. After my son was born I began painting a lot more because I was off. Then I started applying to a few galleries and the paintings started selling which was great.”

Working from a studio at her home in Kinlough, she has produced work that has been bought by buyers in the UK, the US and Bahrain.

She has exhibited extensively throughout Ireland and her work has been featured in various interior design magazines, including Ireland’s Home’s Interiors and Living and Upstairs Downstairs.

Locally her work is in the Courthouse restaurant in Kinlough, Leitrim Design House, the Hambly and Hambly gallery in Co Fermanagh and MacNean House and Restaurant in Blacklion which is run by celebrity chef Nevin Maguire.