The group scooped several awards at the festival 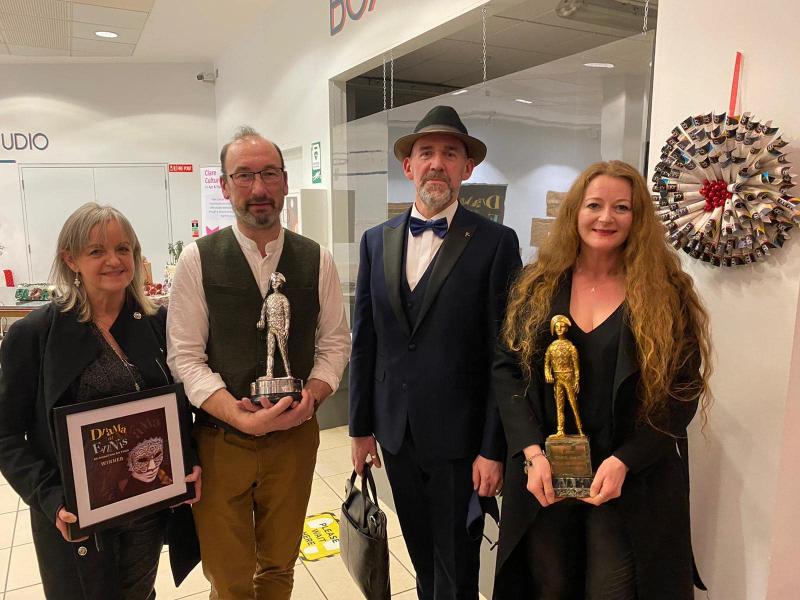 The Butt Drama Circle has won a number of awards at the All Ireland One Act Finals held in the Glór Theatre, Ennis.

Ciáran O'Neill was nominated for the Innovative And Creative Award.

The group has thanked adjudicator Geoff O’Keefe, as well as everyone who helped or supported them along the way from stage manager, lights, sound, set, props, costumes, actors, director, transport, the support of the public coming to see the show, the Butt Drama Circle, The Balor Arts Centre and The Balor DCA.

A spokesperson took to social media to say: "They are over the moon and want to thank you all for the lovely comments and well wishes left on our page!"