Podcast host Joe Rogan has said he will try to “balance out” the opinions expressed on his show following controversy around it spreading misinformation about Covid-19.

In a video posted to Instagram, Mr Rogan said he supported plans by the streaming giant Spotify – which hosts The Joe Rogan Experience podcast – to add content advisories to episodes that discuss Covid.

Responding to claims he has spread dangerous misinformation about the virus, the podcaster said he was “interested in having conversations with people that have differing opinions” and was not focused on “only talking to people that have one perspective”.

He apologised if he offended anyone and added that he “was not trying to promote misinformation” and said he would “try harder to get people with differing opinions” immediately after those with controversial opinions who appear.

“So my pledge to you so that I will do my best to try to balance out these more controversial viewpoints with other people’s perspectives so we can maybe find a better point of view,” he said.

“I don’t want to just show the contrary opinion to what the narrative is. I want to show all kinds of opinions so that we can all figure out what’s going on and not just about Covid, but about everything about health, about fitness, wellness, the state of the world itself.”

His pledge comes after Spotify boss Daniel Ek issued a statement on Sunday to say the platform is working to add a content advisory to any podcast episode that includes a discussion about Covid-19.

This followed a number of high-profile figures raising concerns over Rogan’s show appearing on the streaming platform.

It has sparked outrage for repeatedly spreading Covid conspiracy theories and for promoting the use of ivermectin to treat Covid symptoms – an anti-parasitic medicine used mainly on horses that has not been proven to be effective for treating coronavirus. 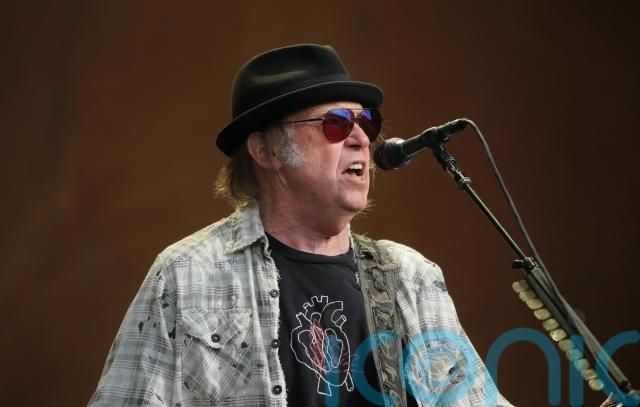 Last week, musicians Neil Young and Joni Mitchell both withdrew their music from Spotify in protest, with Young citing Joe Rogan’s “false information about vaccines” as a reason.

Fans of 76-year-old Young have since pointed out that he suffered from polio as a child due to there being no vaccine at the time of his birth.

Stand-up comedian Rogan, 54, has previously attracted controversy for suggesting the young and healthy should not get vaccinated.