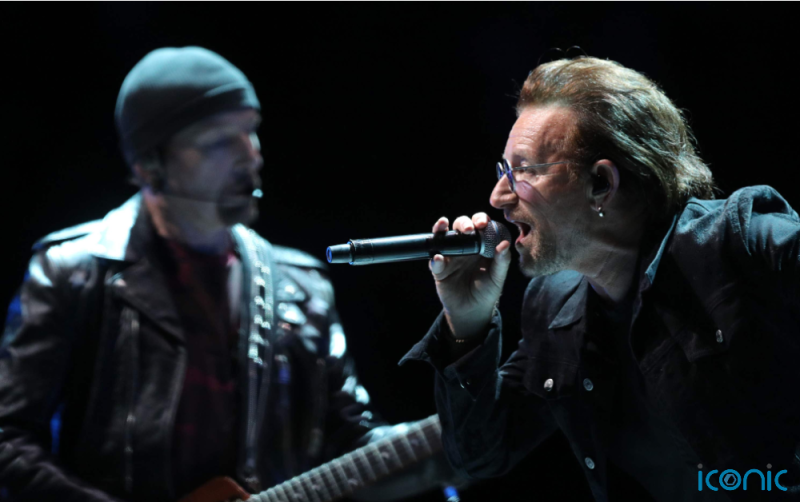 U2 stars Bono and the Edge have shown their support for Ukraine by playing a gig from a bomb shelter in Kyiv following an invite from Ukrainian president Volodymyr Zelensky, according to a post on U2’s Twitter page.

They played to a small crowd of Ukrainian fans, including members of the besieged nation’s armed forces.

The post on the band’s Twitter says that Bono and the Edge performed to show their “solidarity” with Ukraine.

“President @ZelenskyyUa invited us to perform in Kyiv as a show of solidarity with the Ukrainian people and so that’s what we’ve come to do. – Bono and The Edge #StandWithUkraine.”

Videos shared on social media show the pair playing an acoustic version of their hit song With Or Without You.

The crowd can be heard singing along as the pair play.

They also played a version of the song Stand By Me with Ukrainian singer turned soldier Taras Topolia – substituting “me” for “Ukraine”.

Speaking to Sky News in Kyiv, Bono appeared to reference Vladimir Putin by saying that the war in Ukraine was “one man’s war”.

“I think that the people in Russia… younger people know what’s going on.

“I trust in the younger people in Russia to throw this man out of his office, that is so high and is so low, right now.”