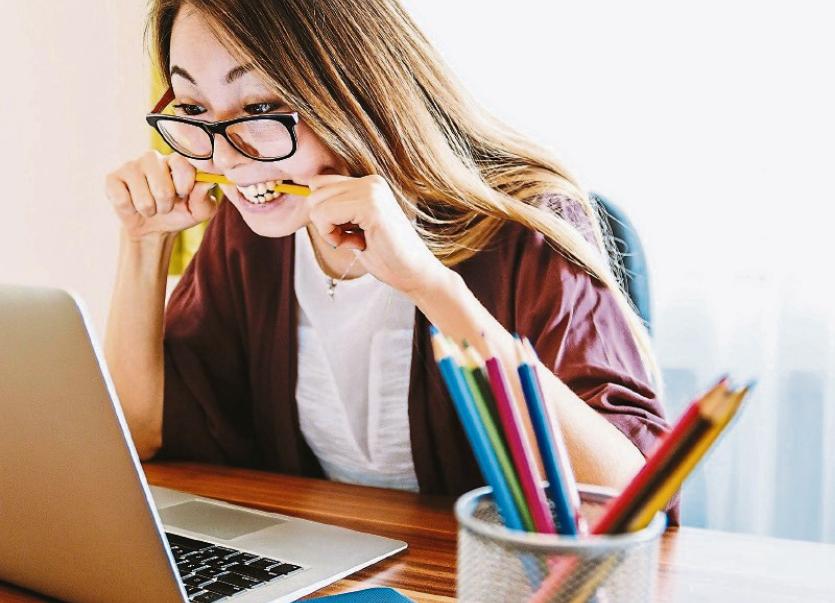 I was speaking with some people last week about their finances because their employer arranged financial one to one sessions for them with me, as part of their employee wellbeing programme.

And in advance of a meeting, which last 30 minutes, I send each person some prep work, and do so because when we speak, we’ll hit the ground running and make best use of our time together. And important to point out, that each person has this prep work about two weeks before they go on a call with me.

And I always make a comment when sending that prep, that I’d like them to think about what they’d like to achieve from their discussion with me. What areas do they want me to focus on etc.

One individual I met, was very clear with what she wanted and that was, can she make better use of the €1,000 she is currently saving into a credit union account.

She knew she was earning very little if anything and was unsure if there were other things’ she could be doing with it.

So, I began by asking her about her mortgage i.e. how much was outstanding, what term was remaining, what her interest rate was etc.

She was able to tell me the answers to all of the questions right away. She spent time the previous week looking for this information so when I asked her, she’d have it straight away.

Knowing the answers, I could quickly calculate what the outcome would be, if she re-directed €200 of what she was saving, towards her mortgage as a monthly overpayment.

So, 10 minutes into the call, this is what we achieved:

Acceleration of her mortgage by seven years six months.

Rather than being 63 years old when her mortgage is paid off in full, now she’d be 55.

And when that happened, she could earn 35% less than what she’s currently earning and work 28 hours less each week.

Twenty minutes left, so we moved on to her pension, loads of time.

I asked her, how much she was contributing, how much her employer was, what was its present value etc.

Answers came back right away.

She was contributing 8% of her salary and so was her employer.

She could contribute an additional 12% of her salary if she wanted to, but she didn’t see the value of doing this, if her company wouldn’t match her additional contributions.

I quickly changed her mind and after talking for 10 minutes about her pension, we had now achieved the following:

* If she increased her contributions to €333, only €200 would be deducted from her next paycheque.

* The additional fund will pay her an extra income of €22,348 per year when she retires.

* And based on what I estimated her income in retirement requirements were, she could now retire at 59 rather than 65 had we not spoken.

Ten minutes left, and we had achieved a lot, so I spoke for five mins about how she should re-direct €100 towards a terrific equity based account I shared with her, where she would achieve a return 38 time’s greater than what she’s getting with her CU account.

The last five minutes we spoke about working from home, the weather and Donald Trump.

Later that day, I received an email from her, thanking me for the meeting, and she wanted to let me know she had set up the standing order for the mortgage overpayment, notified HR to increase her pension contributions by 3% and she was sending me the application form for the new account and I’d have it in a couple of days.

Let me contrast her, with another young lady I met two hours later that same day.

She hadn’t sent me on anything in advance because she just hadn’t the time, but she did fill out the forms very quickly that morning.

Okay, let’s get down to business, we haven’t much time.

Let’s start with your mortgage, how much is outstanding?

Okay, what term is remaining?

Good question. I’m not sure. I think 27 years but don’t hold me to that.

Any idea of your interest rate?

About 4%, does that sound right?

We spoke for another few minutes and no progress was being made and the clock was ticking, so I suggested we move on to monthly cash flow.

I asked her to populate a monthly budgeting tool, and I’m guessing about five minutes before our call, she filled it out. But the numbers she recorded were guesstimates at best. I tried to go down line by line with her, trying to extract information that was accurate, but I and she knew, she was making it up as we went along.

I looked at my watch, and we had seven minutes left and we had made ZERO progress.

Okay, we’ve very little time, what about your pension, can you give me an idea of how much is in it, what your contributions are etc.

And the same replies came.

Our time was up, and what an unproductive 30 minutes that was.

She had a really good opportunity, to make great progress with her finances, but for whatever reason, she chose not to.

And perhaps, she didn’t think having that level of detail was so important, but it was, and by the way, the level of detail I ask for is very light and not difficult or time consuming to uncover, but it’s enough for me to produce great strategies for people.

The moral of the story is, you need to pay more attention to your finances, and you need to spend time knowing more about them, whether you like it or not.

I can predict the financial futures of the two women I met, and I know where both will end up. I can because I meet their future selves all the time, and the conversations I have with people who took an active interest in their financial lives are great conversations, and they’re that way because of what they did 20 or 30 years’ ago.

The conversations I have with people who never took any interest in their finances, are not so good, some are terrible in fact. And unfortunately, they have no one to blame but themselves.

Our finances are a bit like a jigsaw puzzle, there are lots of pieces, but that doesn’t mean just because it might seem difficult to put the picture together, that you put them back in the box and hide it away.

Your financial life doesn’t suddenly become great by chance. It’s made to happen by the effort you put in and the help you receive. So, put in the effort and get help, it’s that simple.

Liam Croke is MD of Harmonics Financial Ltd, based in Plassey. He can be contacted at liam@harmonics.ie or www.harmonics.ie