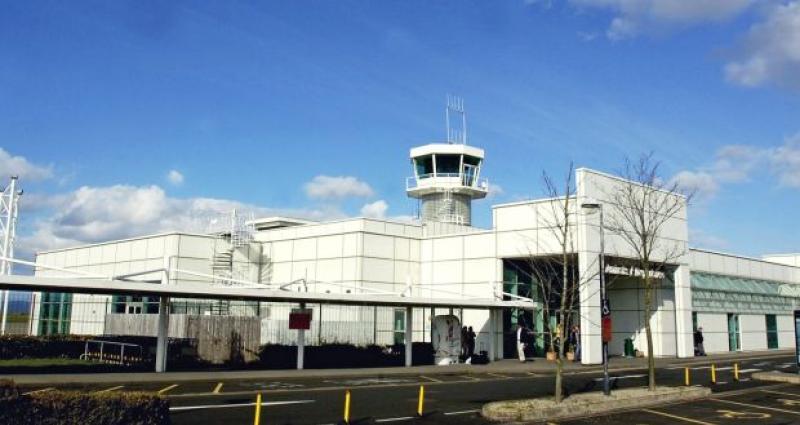 Ryanair have confirmed they will operate three weekly return flights between City of Derry Airport and Manchester this winter.

The airline have launched a seat sale to celebrate the announcement of the new route, and their Director of Commercial Affairs, Jason McGuinness, said they remain committed to growing their passenger network.

"Ryanair remains committed to re-building Europe’s aviation and tourism industry by restoring connectivity and growing its network of passengers to over 225 million by 2026," he said.

"As Ryanair takes delivery of 55 additional Boeing 737-8200 ‘Gamechanger’ aircraft this winter, we are delighted to add this new route from Derry to Manchester."

"This route has long been an ambition of the airport and I congratulate the airport's leadership, and Derry City and Strabane District Council as the owners, for getting this over the line," she said.

"Connections with Manchester are really important for our local economy, as well as being a key destination for study and social reasons.

"Manchester is a vibrant and dynamic city, which is becoming increasingly significant within Britain as an economic hub. Creating business links between the two cities could be extremely beneficial for Derry.

"The City of Derry Airport provides important economic benefits for Derry, as well as the wider region on both sides of the border.

"It is essential that the Executive and the British and Irish governments provide the ongoing financial support it needs, not just to survive but to expand."

In recent years up to 40% of the passengers using City of Derry airport have been going to or coming from Donegal.