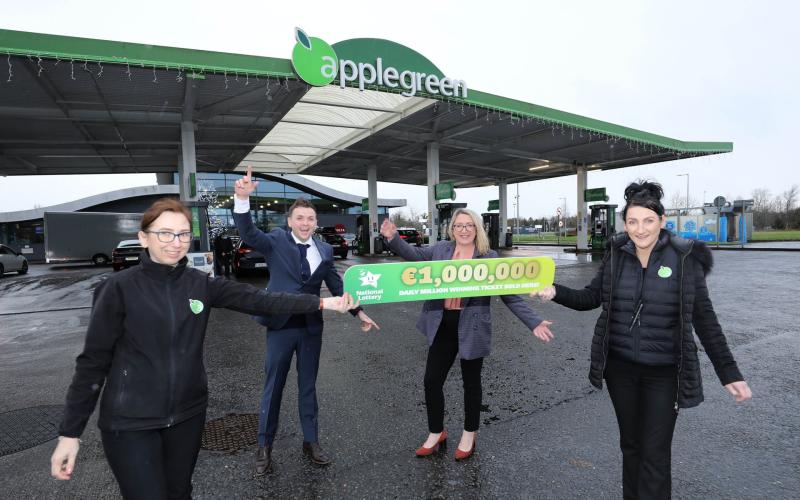 Staff at the Applegreen M4 Enfield Westbound Service Station in Martinstown, Cadamstown, Co. Kildare were thrilled to hear that one of their customers scooped the top prize of €1 million

An Applegreen customer who purchased their ticket for Wednesday’s 2pm draw (January 5) at a busy service station close to the Kildare and Meath border has become the first official National Lottery millionaire of 2022 after winning the top prize of €1 million.

The winning Quick Pick ticket was sold on the day of the draw at the Applegreen M4 Enfield Westbound Service Station in Martinstown, Cadamstown, Co. Kildare.

Site Manager Ella Tyrala was delighted to hear that one of their customers has become the biggest winner of the year so far.

"This is great news to get during the first week of the year! We are delighted that one of our customers has now officially become a millionaire. The entire team was over the moon when we received the news from the National Lottery. We hope that the lucky winner checks their ticket soon and enjoys their life-changing win," Ms Tyrala said.

The National Lottery has confirmed that the Daily Million winner who scooped the top prize of €1 million in Wednesday’s 2pm draw has come forward and arrangements are now being made for them to claim their prize.