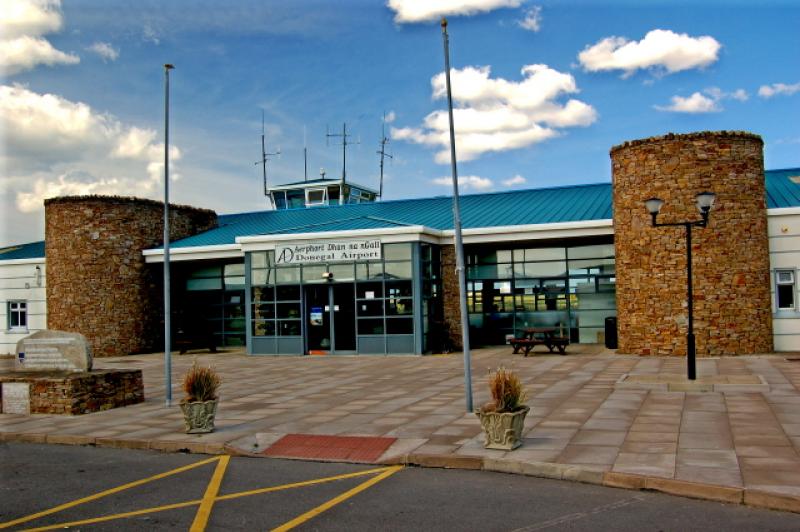 Less that 40 passengers a day used Donegal Airport last year as the aviation traffic was hindered hugely by the Covid-19 pandemic.

Figures released by the Central Statistics Office show that in 2021 the number of passengers using the airport in Carrickfinn dropped to 19% to just 14,603.

However, the tide has now turned and a big increase in passenger numbers is expected this year.

Covid had a major impact on airports throughout the State with Donegal being one of the worst hit.

During this time, it also lost its service to Glasgow.

The drop in figures over the past three years came after a period of growth once again at the airport.

The figures are expected to increase substantially this year, with additional capacity on the route being provided by Ireland’s newest airline, Emerald Airways, which commenced services on the Donegal-Dublin route in March.

It took over from Swedish airline Amapola Flyg which began flights on the State-subsidised service on a seven month contract last July following the collapse of Stobart Air in June 2021, which left the airport with no scheduled flights for a number of weeks.

Donegal Airport is the sixth busiest airport in the Republic of Ireland.

The airport dates back to 1978 when it was developed as a grass strip of 615 metres by Gaeltarra Eireann for charter flights.

During the mid-1980s, backed by Údáras na Gaeltachta, it was developed and the first scheduled flights began.

Dublin and Glasgow have been the primary routes served, but services have also operated over the years to destinations including Edinburgh, Birmingham, London Luton, Jersey and Rotterdam.

The Ryanair service was rather unique in that it was a triangular route. Passengers flying from Donegal went directly to London Luton, but on the way back the plane landed at Sligo Airport, before taking off again to head for Carrickfinn. Sligo passengers had to go via Donegal on their way to London.

A small number of private planes visit the airport each year. The airport has also been used as a base for the offshore oil and gas exploration industry with fixed wing and helicopter flights, as well as coast guard and rescue operation operations.

The airport enjoyed its greatest passenger numbers in 2008 with a record high of 65,539.

But the collapse of the Celtic Tiger led to a sharp drop in figures over the next four years, with only 29,226 passengers recorded in 2012. Numbers then gradually rose again until the Covid pandemic hit.