Peter Cutliffe takes over the position from Ed Wickes 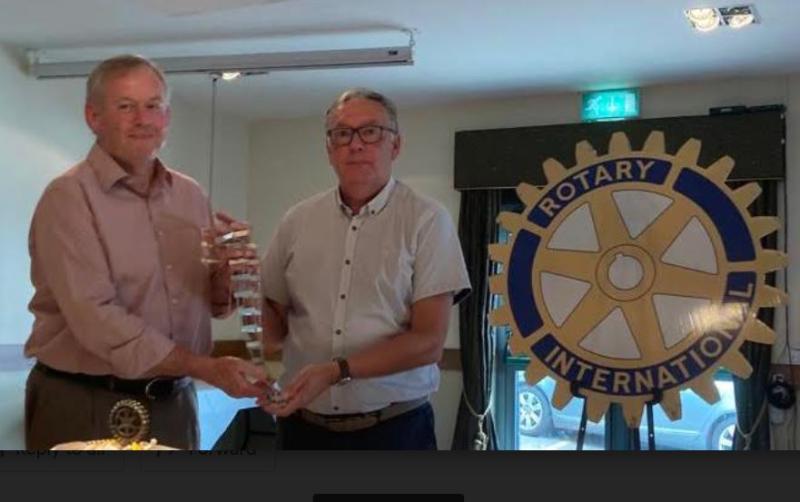 Ed Wickes hands over the chain of office to Peter Cutliffe

He takes over the position from Ed Wickes, who officially handed over the chain of office to the incoming president for 2022/23 at the most recent weekly lunch meeting in the Station Hotel.

Mr Cutliffe congratulated Ed Wickes on his successful year in the Chair - during which time the club celebrated its 40th anniversary - and it also hosted many social and fundraising events that the club despite the ongoing difficulties associated with Covid.

Mr Cutliffe also congratulated his vice-president Robert O'Connor and thanked him for agreeing to take on the position of president after his term of office.

The latter is no stranger to the job as he was president previously in 1997/98, and will be of great assistance to the new president.

Mr Cutliffe has been involved in various business interests down through the years, including property, surveying and insurance.

He has contested a number of local elections and has been an active and prominent figure with the Friends of Letterkenny Hospital.

Meanwhile, the confidential paper shredding service will resume on Friday, August 26, at the Letterkenny Shopping Centre Car park, with all proceeds in aid of Donegal Down Syndrome Association.

The Rotary Club also extends its good wishes to Letterkenny Tidy Towns and is delighted to support their endeavours once again this year when members are out litter-picking on a weekly basis.