JYSK in time for Christmas! Popular Danish store to create 20 jobs in Letterkenny

Scandinavian retail giant due to open in November 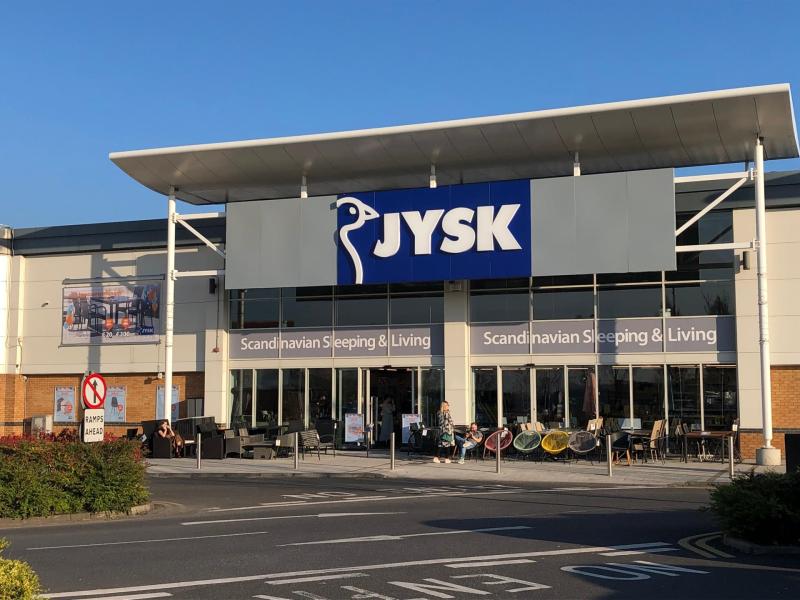 The creation of up to twenty new jobs with a confirmed opening date for the popular Scandinavian retail homewares giant, JYSK, in Letterkenny, has been warmly welcomed.

Donegal Live cen reveal that the Letterkenny store is set to open on November 10 at Unit 4, Phase 1, Letterkenny Retail Park, and will be open from 10-6pm daily.

Cllr Donal Kelly (FF), who is the Cathaoirleach of Letterkenny-Milford Municipal District (MD) said that such a development will be a huge boost for Letterkenny and its surrounding areas.

He added that the company which began operations in Denmark in 1979 would bring in more footfall to the town and in turn, he said it would also add impetus to the growing calls for Letterkenny to be given city status.

“It is clear that Letterkenny continues to come on in leaps and bounds and we will welcome JYSK, who have a good international reputation, with a welcome befitting anyone who wants to start up a business here,” he said.

“It is a sign of confidence on both their part and that of Donegal that we can attract the best retail businesses that are both coming and have come into Ireland.

“I understand that they are talking about the creation of some 20 jobs and it is an indicator that Letterkenny is continuing to grow on its reputation as one of the great provincial growth centres in the country.

“I also see this as another opportunity, with the town now boosting part of the Atlantic Technological University of growing calls for city status for Letterkenny.”

Last November JYSK applied to Donegal County Council for planning permission, which they received with some conditions in January.

That application had involved the construction of a new mezzanine floor, extending the ground floor stock area into the existing retail area and the change of use of ground floor staff areas to a stock room, internal alterations, the provision of new external signage and all ancillary works and site works. 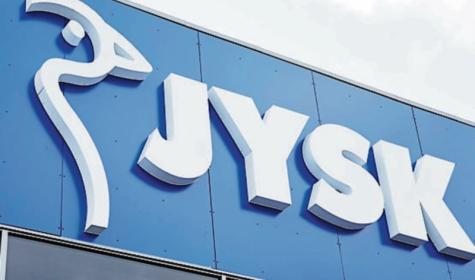 JYSK is an international chain of stores with Scandinavian roots that sells everything for the home.

JYSK is a family-owned company founded by the Danish tradesman Lars Larsen, who owns a number of companies with a total annual turnover of €4.8 billion.

JYSK are expected to open their 17th Irish store at the end of August in Athlone.

The store will be located in one of the existing retail units at Letterkenny Retail park, running adjacent to McDonalds.

There appears to be some different interpretations of how it should be pronounced but I think that JYSK with a silent J should suffice . . . and is pronounced YOOSK!