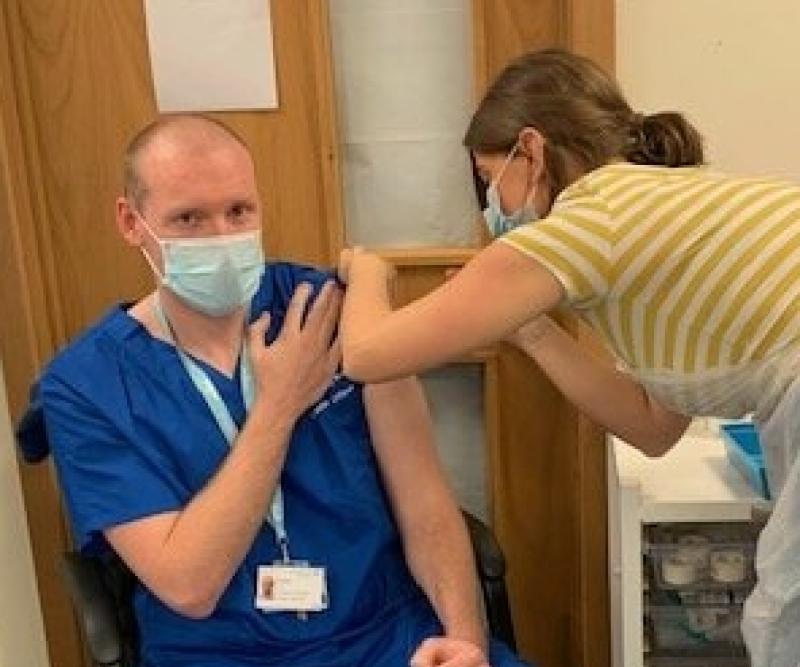 Social media activity by anti-vaccination groups is a factor in the low uptake rate of the Covid-19 vaccine in Donegal, a senior public health official has said.

Figures made public this week show Donegal has the second-lowest vaccine uptake in the country at under 83%.

Dr Anthony Breslin, director of public health for the Health Service Executive in the north-west, said anti-vaccination groups on social media have had an impact on the uptake of childhood vaccination in some parts of the county in recent years.

Information campaigns have been used to address the issue, he told Highland Radio.

“We used to have a very good uptake in the north-west but in the last three to four years we have seen a fall-off in those vaccinations, in particular, the Donegal area and in particular in patches around Donegal Town and the Inishowen peninsula. We know there are anti-vax Facebook groups etc in that area and it is mirrored as well in Derry - we know from our colleagues in Northern Ireland.”

Information is being used to inform people about the vaccine, he said.

Dr Breslin said the 10% gap between Donegal and the national average is not explained by the fact some people in the county may have been administered the vaccination in Northern Ireland.

“There is a large proportion unfortunately that haven’t been vaccinated yet,” he said.

The HSE has said it will be running advertising campaigns in counties with low Covid-19 vaccine uptake.