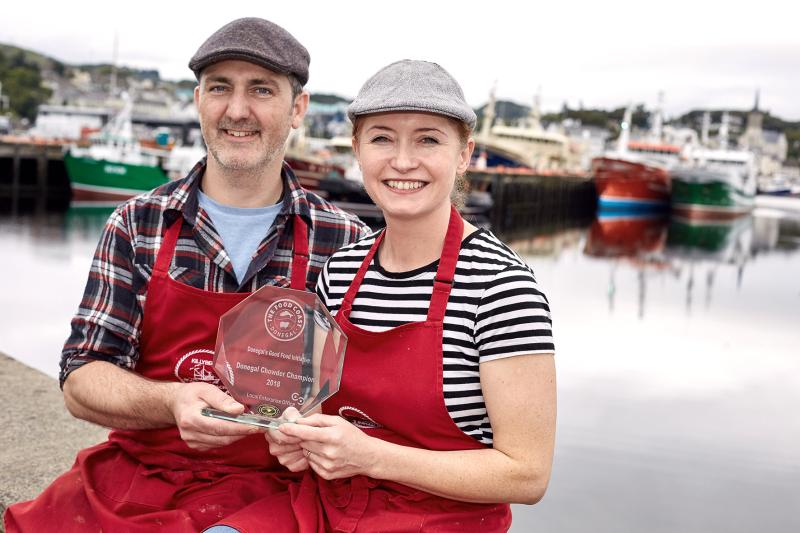 Restaurants and hotels in Donegal have been busy taking bookings since the announcement from the Government on Friday night that most Covid-19 restrictions are being lifted.

Mairead Anderson, coproprietor of Anderson’s Boathouse Restaurant in Killybegs, said the phone began ringing early on Friday amid the “rumblings” that restrictions on hospitality would be ending.

After Taoiseach Micheál Martin made the announcement at 6pm on Friday, the restaurant began receiving calls for bookings.

“They just announced it on the news and our phone rang straight away,” she said. By 9pm the restaurant was fully booked for Saturday night.

The lifting of restrictions came after a “desperately quiet” week at the popular seafood restaurant. The Taoiseach’s announcement has brought huge relief.

“There is no worry now. I don’t have to worry that I am putting two tables too close and they are not two metres apart. I am so happy - I can’t wait for it all to be normal again.”

Covid restrictions are being lifted: What will happen from 6am tomorrow

Her husband Garry, who runs the restaurant and the Killybegs Seafood Shack with her, said the announcement meant the removal of uncertainty after a very poor December and January.

“There was one night we just had two people,” he said. “We were treading water for a long time when should have been feathering the nest at Chrismas to get through the lean weeks of January and February. That didn’t happen this year.”

The couple employs 15 people but they hope to get back to more than 20 as soon as possible.

Chair of Donegal branch of the Irish Hotels Federation Paul Diver, who owns the Sandhouse Hotel in Rossnowlagh, said the lifting of restrictions will “hopefully mean we can get back to normality now”.

The hotel has been inundated with requests for bookings for its restaurant and rooms.

“Since that announcement was made yesterday the phones have hopping,” he said.

“It has given people that bit of certainty that hotels will be open for the summer and they can plan their summer holiday. There seems to be huge demand again for home holidays this year which hopefully will continue.

“People seem to be still concerned about flying… so what we are feeling from talking to colleagues is that people are just a bit more content to do what they have been doing for the last two years and holiday at home. So that will be good for Donegal and good for the Wild Atlantic Way.”

The lifting of restrictions on hospitality will mean a level playing field for the industry in Donegal which has lost “a huge amount of business to Northern Ireland over the last two years,” he said.

“That was very frustrating. If it was the same on both sides of the Border you could take it. Hopefully, this is the start of winning all that business back.”