Spate of thefts in Letterkenny get youth 200 hours community service 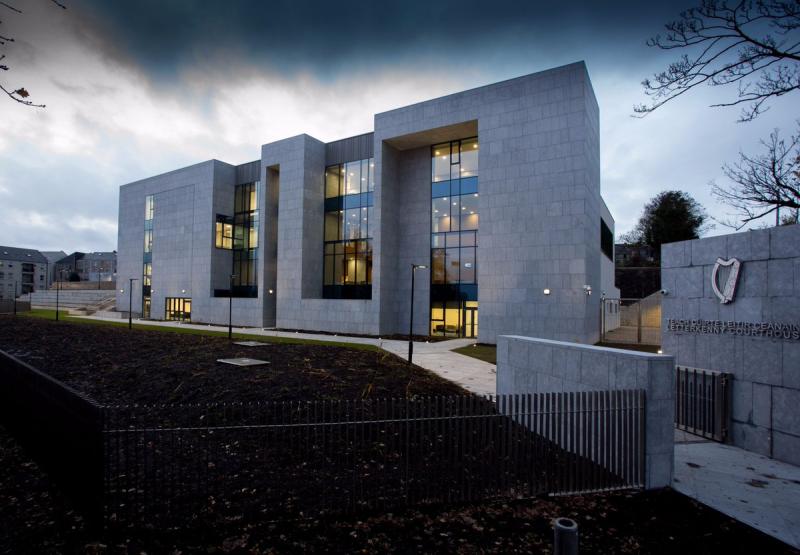 A teenager who appeared in court over a series of thefts at eight different businesses in Letterkenny has been given 200 hours of community service.

The young person, who cannot be named due to his age, appeared before Letterkenny District Court accompanied by his mother.

At 4pm on November 9, 2018, the boy removed two pairs of footwear from Dunne’s Stores, Forte Shopping Centre. A pair of white trainers valued at €20 and a €45 pair of brown slip-ons were removed. The youth was identified on CCTV and was co-operative with Gardaí.

The boy stole two Samsung mobile phones, worth a combined €399.98, from Tesco on May 21, 2019. CCTV footage was examined and the boy spoken to by Gardaí. He made full admissions, Sergeant Jim Collins told the court.

At Backstage Bar & Grill on July 4, 2019 at 10.35pm, two male youths made their way to a closed play area. They accessed an arcade machine and removed €1000 in coins. Again, the boy was interviewed and made admissions to Gardaí when questioned.

On August 20, 2019, the boy entered Evolve in the company of another person. He was seen taking two 11 Degrees tops, valued at €50 each. The items were retrieved but deemed unsellable.

A group of youths, one of which was the defendant, made their way to the men’s department at TK Maxi on August 23, 2019. A security tag was broken on a black Calvin Klein belt and was discarded when apprehended by the manager. The accused was identified on CCTV.

On August 24, 2019, two youths were seen entering an area marked ‘staff only’ at Smyth’s Toys. They were seen attempting to get into a staff locker room and made off when disturbed by staff. The boy admitted to attempting to steal toys and money, Sergeant Collins said.

On August 24, 2019, a female employee at SoLo, Letterkenny said that she started her shift at 9am and she left her handbag, containing a purse with €90 in it, in an area to which there was no public access permitted.  That afternoon, she noticed that her purse was moved and, on further inspection, discovered that the cash had been taken.

Two males were seen on CCTV, one of which was the defendant.

The boy was also charged with a theft from Lifestyle Sports. He was captured removing a pair of runners, worth €45, and putting them up his hooded jumper. After passing all points without paying, the alarm sounded. The runners were returned and were in a sellable condition.

The court heard that the defendant had four previous convictions.

Mr Frank Murphy, solicitor for the accused, said his client had ‘fallen into the wrong company’.

“He was rudderless,” Mr Murphy said. “Any actions they pertained to, he followed on. His mind wasn’t in the right place and he was diagnosed with ADHD.

“After the death of his father, he went on a path of self-destruction. He met up with some undesirable characters who he became enamoured with. Someone with a high level of ADHD, this has a more traumatic affect.

“At every instance here, he was bound to fail. They were ad hoc chance-and-runs. He made full admissions and he didn’t try to hide the fact that he was caught red-handed.”

The teen is now back living with his mother and Mr Murphy said she had a ‘tight handle’ on her son now. He said his client hoped to become a competitive boxer.

For the theft at SoLo, the defendant was sentenced to 200 hours of community service in lieu of six months in prison or detention. The other offences were marked taken into consideration by the Judge.

Judge Mitchell warned the teenager that a failure to comply with the community service order would see the sentence invoked. He said he gave a small allowance of 40 hours, from the maximum sentence of 240 hours, as the boy was under 18.