Large volume of traffic cones belonging to Ballyliffin Coastal Challenge race organisers were destroyed, camper vans were pelted with eggs while a car was burned in nearby Clonmany 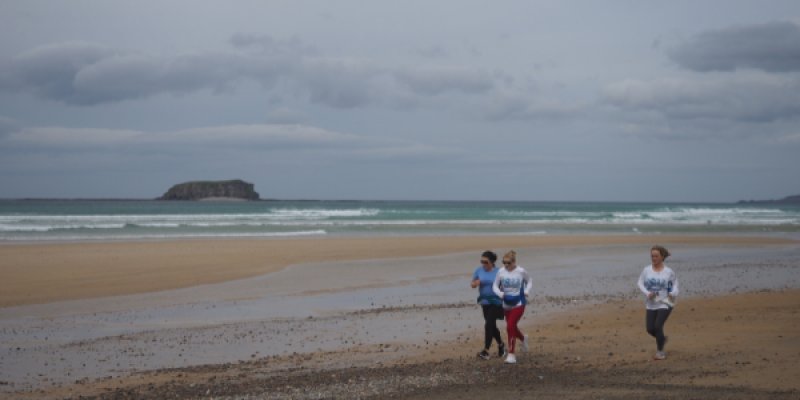 Gardaí are on the look-out for vandals who struck in the early hours of Saturday morning in Ballyliffin.

The beautiful Inishowen village was gearing up for the 2022 Ballyliffin Coastal Challenge when they awoke to some acts of vandalism.

Seventeen heavy duty traffic cones, which had been laid out by volunteers on the road near Pollen Bay beach, were destroyed.

It is believed that the damage was caused by a car, which the perpetrators careered into the series of cones, owned by the race organisers.

A large volume of visitors were in picturesque Ballyliffin for the race, which had an entry list of 1200 people. Organisers and volunteers were frustrated at the attempts to mar their efforts.

Some visitors to the area who were parked in camper vans nearby had their vehicles pelted by eggs in the early hours of the morning.

Gardaí also received reports of a car on fire at Ardagh, Clonmany, just a few miles nearby, on Saturday.

Gardaí have confirmed that they are investigating an incident of criminal damage. A spokesperson told Donegal Live that ‘enquiries are ongoing’.