'The biggest story ever in Irish sport': Donegal journalist on Daniel Kinahan 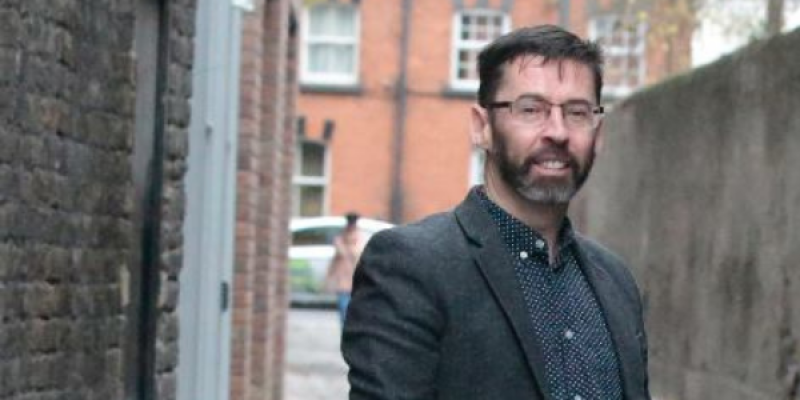 Kinahan and six other senior members of the Kinahan Organised Crime Group were sanctioned with $5 million bounties placed on the heads of Kinahan, his brother Christopher and their father Christy senior by the US Treasury.

“The Kinahan Organised Crime Group smuggles deadly narcotics, including cocaine, to Europe, and is a threat to the entire licit economy through its role in international money laundering,” Under Secretary for Terrorism and Financial Intelligence Brian E. Nelson said in a statement. “Criminal groups like the KOCG prey on the most vulnerable in society and bring drug-related crime and violence, including murder, to the countries in which they operate."

Daniel Kinahan, despite being holed up in Dubai since a botched attempt on his life while he attended a boxing weigh-in at the Regency Hotel in Dublin in February 2016, became one of the leading figures in the world of boxing.

Glencolmcille man Cunningham, the chief sport writer at the Irish Daily Star, was one of the few who constantly highlighted the wrongs of Kinahan’s ongoing involvement in the sport. Cunningham launches a new four-part podcast series, Shadow Boxing, this Thursday.

Episode 1 of Shadow Boxing with @KCsixtyseven is out tomorrow and now available on @Apple podcasts too:

World heavyweight kingpin Tyson Fury was among the leading figures advised by Kinahan.

All the while, boxing covered its ears. The US announcement meant that the elephant could no longer be ignored in boxing’s room. MTK Global, the company co-founded by Kinahan, has since folded.

“That would overstate anything that I did. The crime journalists did the heavy lifting on this.

“I didn’t think I did much, but I was relieved because it took up so much time and space in my head. I went on about it on Twitter so much and that was very deliberate. Daniel Kinahan and MTK used social media as a weapon and I did feel it was important to counteract that. I did that a lot.

“I was often told that I was obsessed and maybe I was to an extent. But that’s the job of a journalist, to keep digging at stories.” 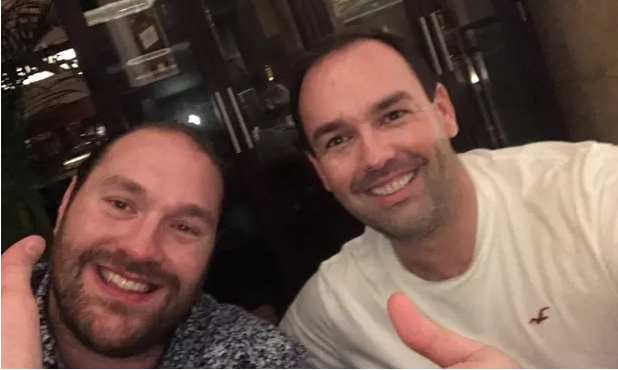 Shadow Boxing tells the story of how boxing fell under the spell of a man named in the Irish courts as heading up one of Europe's largest criminal gangs.

Cunningham takes a different look to the story.

“People maybe have the wrong expectations and might think this will be a massive exposé about what went on and who he is,” Cunningham says. “This is a broader look at Irish boxing and the damage done to it and how governing bodies allowed it to happen and facilitated the rise of Daniel Kinahan.

“I wanted to look at it from the sporting side. Obviously, there are crime elements to it, but there was never enough focus on the sporting side of it. I’ve looked at the areas of good work done by boxing and whether it can recover.

“I think this is the biggest story ever in Irish sport. Look at Michelle Smith: Olympic champions are banned for doping everywhere. Look at Saipan: that was just ridiculous. This is truly global. There are so many questions around Kinahan and he became one of the most powerful figures in the sport.”

Many in boxing chose silence over a fear of speaking out against Kinahan’s involvement.

In February 2021, a member of the team behind a Panorama documentary on BBC received credible threats.

Thee were times when Cunningham’s wife, Peigí, was worried about possible retaliation.

“I definitely thought about it,” Cunningham says. “I talked to Peigí about it and I did tell her a couple of times that I would let it go. I talked to Mick O’Toole (crime correspondent with the Irish Daily Star) about it and asked him if I should be worried. His take was that Daniel Kinahan was so conscious about his image.

“You would be wary, yes, but I felt that I had to stick with it. Maybe I was naive.”

Cunningham’s father, Francie, boxed with the since-defunct Glencolmcille Boxing Club in the 1950s and 60s.

His brother, Paddy, who died aged just 26, boxed in London after emigrating to London in the 1980s.

“I’ve always been hugely interested in boxing,” Cunningham says. “There is a rawness and a truth to boxing people. Of the best interest I’ve done, I’d say seven or eight of my top ten would be boxing people. Some of the best sports writing of all time was done on boxing.

“My father had a few fights and my brother, Paddy, too. He idealised the sport.

Cunningham admits that he has fallen out with some people in the sport he had previously been ‘quite friendly with’ as he got his teeth into the story.

Kinahan could not be banned because, in boxing ‘advisors’ do not need a licence like fighters, coaches, managers and promoters.

“The lack of governance is incredible,” Cunningham says. “Daniel Kinahan wouldn’t pass the most basic of Garda vetting to coach a GAA team or a soccer team. Just because he calls himself an advisor, he can’t be touched.

“The number of prominent people in boxing who socialised with him and are now doing u-turns . . . there are a lot of hypocrites now trying to worm their way out of it.”

Shadow Boxing launches this week and Cunningham has had to make some tweaks on the back of the recent seismic events which shook the noble art to its core.

“The Americans getting involved changed the whole thing,” he says. “All the stuff that was in the Irish papers, even the Panorama documentary, people ignored it very quickly. The Americans changed all of that. Last week, various people weren’t allowed to go to America on business. This will have implications for a lot of people who worked for Daniel Kinahan, were paid by him in any way or have any links to him.”

In spite of the noise, Cunningham has little faith in boxing having the wherewithal to rid itself from its ills.

“The only way it will happen if the moves come from within,” he says. “You can’t impose reform from the outside. I don’t have much hope when I see top promoters giving parroted lines they’ve learned off and aren’t talking about getting together and mentioning proper governance.

“There will be a bit of a positive in that it will be a big help to Irish boxing. MTK Global folding is only the start.”