Woman fearful of using public transport after assault on bus

Man gets 'a second chance' from Judge after attack resulted in woman not pursuing a course she had paid almost €3,000 to undertake 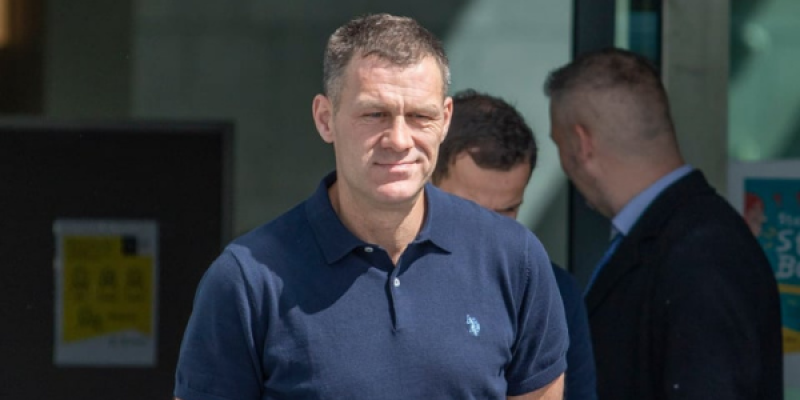 A woman told how she no longer feels safe on public transport after being assaulted by a former high-ranking banking official on a bus in Donegal.

Carrie Walker-Hayes felt so unsafe on busses she didn’t start a course in Dublin, which she had paid almost €3,000 to undertake.

It followed an incident on June 29, 2017 on a bus between Lifford and Letterkenny when she was assaulted by Paschal Gibbons.

“I no longer feel safe walking when there is someone behind me and I am on my own,” Ms Walker-Hayes said in a victim impact statement which was read during the case of Gibbons, which was heard at Letterkenny Circuit Court.

“I don’t feel safe on public transport and am always fearful that it will happen again.

“I find it hard to trust people. It had a massive impact on me.”

Ms Fiona Crawford, BL, counsel for Gibbons, said her client was ‘deeply ashamed’ of his actions. Gibbons brought €3,000 to court by way of reparation to Ms Walker-Hayes.

“He is certainly ashamed and he apologises fulsomely for a very unpleasant experience,” Ms Crawford said. “People are entitled to be treated a lot better when traveling on public transport.”

Ms Crawford told the court that Gibbons, a 45-year-old with an address in Larchill, Santry, County Dublin and originally from Letterkenny, had previously a ‘significant job’ as a financial advisor and a chartered tax consultant.

“His life went off the rails,” Ms Crawford said. “He is struggling very hard to get things back on track. In 2013-14, things started to go wrong in terms of his association with alcohol and gambling and a long-standing relationship came apart.”

His interaction with the Probation Service was described as ‘patchy’ with Gibbons having turned up on the wrong day, was late for appointments to had missed appointments.

Judge John Aylmer said Ms Walker-Hayes had gone through ‘a terrible ordeal’ and he placed the incident on the higher end of the scale.

“His difficulty with alcohol seemed to be extreme,” Judge Aylmer said. “He was a man who had a very successful career in the banking and finance sector. That fell apart rather dramatically. His life has literally fallen apart.”

Judge Aylmer noted that Gibbons was now taking ‘very positive steps and had seen fit to come to court with €3,000 in compensation.

Judge Aylmer reduced the sentence to one of three months imprisonment, the entirety of which was suspended for a period of 12 moths.

“The court proposes to give him a second chance,” Judge Aylmer said.

Gibbons entered a bond to keep the peace and be of good behaviour for 12 months.