Anti-vaxxer demands €1million to return to Donegal for court date

All matters at Letterkenny District Court on Wednesday were adjourned 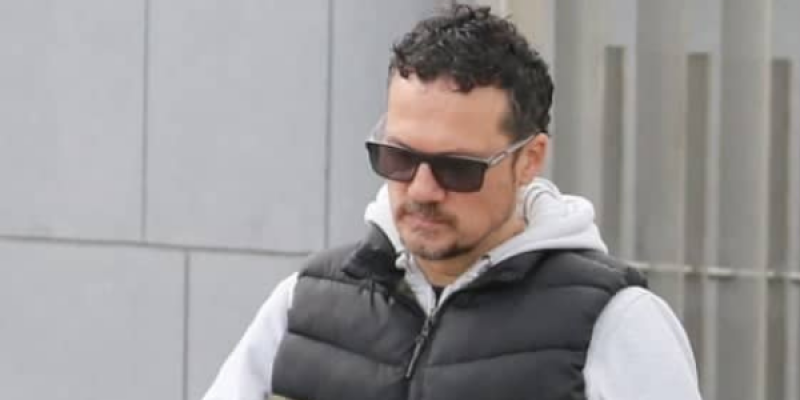 Controversial anti-vaccine campaigner Antonio Mureddu told a judge in Donegal that he will only return for a case against him to be heard if he gets one million euro.

Mureddu was before Letterkenny District Court on Wednesday to face a number of motoring charges.

The 44-year-old, an Italian national with an address at Main St, Headford, Co Galway, was charged with having no insurance, using a fraudulent license plate and failing to give information to Gardai at Meencarragh, Ballybofey on October 23, 2021.

Cases involving a total of 15 defendants were adjourned at Wednesday’s sitting of Letterkenny District Court following a High Court ruling on Tuesday.

State Solicitor, Ms Patricia McLaughlin BL, requested an adjournment for the entire list and asked that the matters be put back to June 13.

Judge Brendan O’Reilly said that he was not in a position to proceed with any business and was adjoining all matters.

Mureddu took to the floor of the courtroom and told Judge O’Reilly that he would not be coming back to court.

“I stand here as a living man,” Mureddu said.

“I am here for this matter. If you are going to adjourn, it will cost you €1million. I am not coming next time. If you wish me to come back, if you want me back here, it will be €1million.”

Mureddu refused to step forward from his position at the back of the court in order to be more clearly heard by the Judge.

Mureddu told Judge O’Reilly: “This is a verbal agreement.”

With Mureddu repeating that he was not returning to court, Judge O’Reilly rose.

Mureddu was accompanied to court by a number of supporters, one of whom said: “The judge has left the bench, strike the matter out."

Before Mureddu left the court, Sergeant Jim Collins advised him that a failure to show up for a court date would result in a bench warrant being issued for his arrest.

Mureddu was applauded by a group of around two dozen as he left the courthouse.

The adjournment of Wednesday’s list by Judge O’Reilly came in the wake of a High Court ruling on Tuesday that the right of audience was limited to the Garda who initiated the prosecution.

It has been normal practice that a court presenter, usually a Garda sergeant or inspector, rather than an prosecuting Garda, presented the facts of a case where a defendant entered a guilty plea.

Essentially, the arrangement freed up the prosecuting Garda for other duties.

The ruling of Ms Justice Marguerite Bolger was made after District Court judge Miriam Walsh referred a question to the High Court in a case involving a man, Ciarán Davitt, who was prosecuted for possession of a small quantity of cannabis.

At Letterkenny District Court, Judge O’Reilly said the news came ‘as a bombshell for everybody’.

A spokesperson said that the Department of Justice is ‘examining the implications of the judgment in consultation with the Office of the Attorney General and An Garda Síochána’.