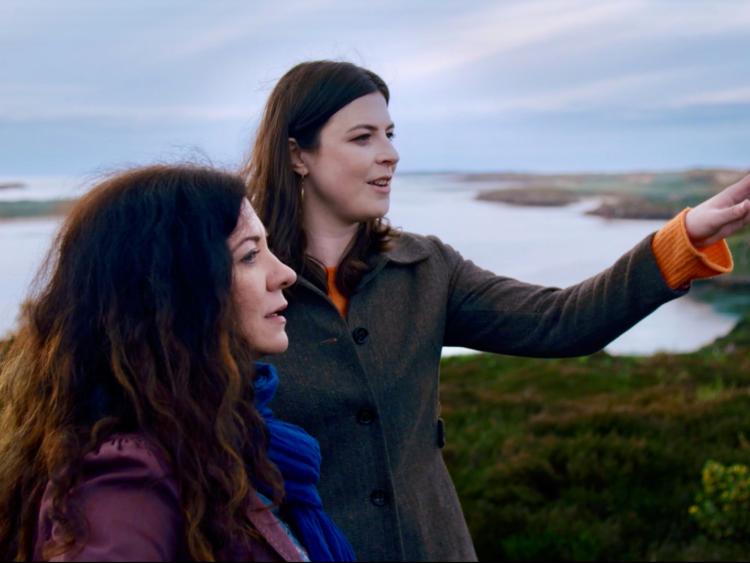 Life in An Bun Beag is to be examined in a TG4 programme later this month.
Bailte will visit the small town which is situated at the heart of three parishes in the Donegal Gaeltacht, Na Rosa, Gaoth Dobhair and Cloich Chionnaola.
Not much greater than a mile in length and width, approximately 50 people call the town home.
Presenter Síle Nic Chonaonaigh will meet the well-known broadcaster Áine Ní Bhreisleáin who was born and raised in the town. Áine describes the crippling effect emigration has had on the Donegal Gaeltacht. It seems to her that the younger generation would like to return home but the community is concerned that the loss of services will result in them choosing not to.
Despite the closure of five hotels and two large nightclubs in the area as a result of the economic crisis, Áine believes that, with its restaurants, pubs, beautiful beaches and water sports, An Bun Beag offers people a fantastic quality of life and indeed a quality social life. There are significant advantages to living in a rural area such as An Bun Beag. People have lived in An Bun Beag for hundreds of years and she is hopeful that this vibrancy will live on.
Síle will also meet with Vincent Ó Breisleáin on the banks of An Chláidigh river. He will tell her about the Landlord George Hill who came to Gaoth Dobhair in 1834. It seems that he was not as bad as other landlords and many of the town's people survived the Great Famine. There is a unique history associated with An Bun Beag in particular due to the pier here and the shelter it offers to boats of all kinds. The pier was once the epicentre for industry in the three parishes with boats to and from London docking there each week with goods. Hill, a Protestant, constructed a shop, a grain store and mill there and brought people from Scotland to work for him.
In the programme Síle meets with Alan Ó Baoid, an ancestor of those workers who came here during the time of George Hill who still lives in An Bun Beag. She meets with Alan at St Patrick's Church of Ireland in the town. So many towns in Ireland had two communities - a Protestant and Catholic community and there was usually tension between both but it does not seem to have been the case in An Bun Beag. It seems that both communities stood and worked together as one - the community of An Bun Beag.
Over time the post office and the town's epicentre moved from the pier to the crossroads and the town boundary increased in size as a result - which is where Café Kitty is located. A café which is run now by Sarah Ní Ghallchóir. The family business has been here since 1923 and Sarah returned from England to give it a go.

One of the best known pubs in the Gaeltacht is situated in An Bun Beag - Teach Hiúdaí Beag. It would be unusual to meet a person from the Gaeltacht who has not heard of it. The pub has been there for over a hundred years. Hiúdaí Beag Ó Gallchóir bought the pub in the 60s. Síle meets with his son and owner of the pub, Hugh Hiúdaí Beag. He will tell her about the special musical heritage associated with the pub and how Irish traditional music was given precedence and pride of place there in the 1960s at a time when it was not popular as it is today.
An Bun Beag will feature on TG4's Bailte next Thursday,September 10 at 8pm.

EXPLAINER: What to do if stopped at checkpoint while travelling for Covid-19 test in Donegal

Ashley Mulhern in action for Bundoran against Kilcar