'Today I am who I choose to be, and I can do that because my family never gave up on me' - Arylene Murphy 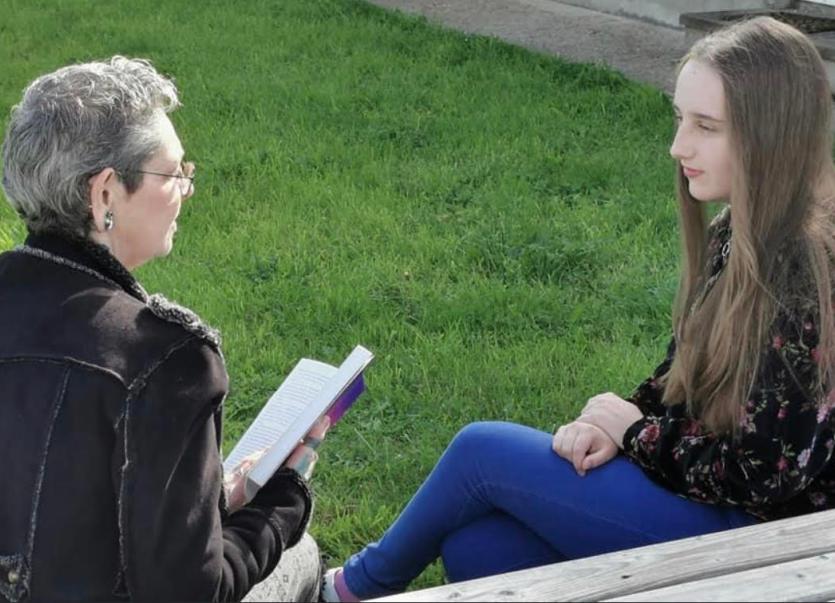 A Donegal woman who was sexually abused as a child by seven men and a woman and later battled with addiction has written a book which she hopes will give people who have experienced similar circumstances hope.
Arylene Murphy, 56, from East Rock in Ballyshannon was abused for the first time at the tender age of seven on the kitchen floor of her home.
She recalls a grown man lying on top of her, his weight crushing her, she was terrified and couldn’t breathe and thought she was going to die.
The man told Arylene that if she told anyone what had happened to her that her father would shoot him and ‘go to prison forever’ leaving her mother  to raise the family, alone.
“Over the coming years, my life became filled with reoccurring episodes of abuse. By the time I was 14, I had been abused by eight different people. However, what I struggled with most was that one of those abusers was a woman,” she said.

New Book
In her book, Grace - Saved A Wretch Like Me, Arylene describes how she considered becoming a nun, went to London in the 80’s and found she loved the anonymity of city life.
She worked in bars, got engaged, ran a taxi-firm, worked in a tattoo shop, modeled and joined the police in England but found that time and time again addiction destroyed her progress.
With unwavering support from her family she came home from London after 20 years with two black bin bags and Sasha, her  dog.

Memories of bursting open presents under a Christmas tree or blowing out candles on a birthday cake remain vague for Arylene whose childhood was destroyed by abuse.

Sitting in the corner of McGettigan’s hotel in Letterkenny Arylene, 56, smiles and explains that  some surviving memories of her broken childhood are beautiful and significant.
On one occasion, when she was admitted to the Rock hospital with pneumonia. She remembers hearing the children play in the snow at the nearby school and wanted to be with them - firing snowballs at one another. She told a nursing nun of her woes and she soon put the wrong to right.
“I started crying because I couldn’t go out and play in the snow and she went out and brought in a bucket of snow and soon we were playing snowballs on the ward,” she recalls.
In her book, Arylene writes: “But every fond memory is tainted with one of abuse.”

First bike
Like all children, Arylene loved getting her first bike and enjoyed cycling around Ballyshannon. On one such occasion, an abuser located her and asked her to get into his car and abused her.
“I remember going to school and I remember looking at my friends and thinking ‘I wonder what it is like just to be normal. What is it like not to have that going on? I remember that very, very well,” she said.

Tragedy in Ballyshannon
During  the 70s in Ballyshannon another tragedy befell the town - Mary Boyle disappeared and continues to  be the longest missing child in Ireland:  “I remember when Mary . . . my dad was out looking for Mary like every other man and I remember years later thinking that could have been me - I am not saying there is a connection but I just don't know,” she said.
As a child at that time, Arylene herself was battling with a cruel reality as upheaval continued around her. From the moment the first man abused her - he  continued to do so  for three years by which time other people had also become involved.

A laugh that chilled her

Many years later, Arylene was out with friends in England when she heard a laugh that sent shivers down her spine. The laugh belonged to the first man who had abused her as a child.  Arylene believes that it was this man who made her a victim : “I had always felt it difficult to accept that I had been abused by so many people and over the years I had learned to manage that, by blaming him, my first abuser. Whether he knew all the abusers or not did not matter to me but I believe it was he who made me a victim,” she said.

Investigation
Gardaí in Ballyshannon investigated a complaint she made against the first man. The case was not brought to court as it was a case of Arylene’s word against his.
The news hit Arylene, who was already struggling with addiction, hard. She felt if she could hold him accountable she would  feel she was ‘free from them all.’
The news made Arylene feel that she would continue to live as  a victim.  Arylene feels that the burden of proof on survivors is a very heavy one - and unfortunately this burden, she feels, is left on the shoulders of one who has already suffered so much. Until this very day, Arylene doesn’t know whether there was a link between all those who abused her.

Survival
Arylene attributes her survival to her family. Her book describes her sitting in a flat in London. She had stopped answering the door to people. She preferred to sit and ruminate in the past and drink.
“I drank to drown the loss of childhood, the loss of being a mother, a grandmother, and the loss of myself the person I was supposed to be,” she said.
However, the drink stopped to numb the feelings and she found she didn’t care whether she lived or died. She spoke to her sister of her feelings and within 24 hours her brother had arrived in London to bring her home.

Arylene has dedicated the book to her mother because she said that it is because of her family she has become the woman she is  today: “Today I am who I choose to be, and I can do that because my family never gave up on me,” she said.
Her sister Michelle and her husband Dave have given her the honour of being legally recognised as their child Grace’s third parent.
A qualified trauma counsellor Arylene works together with  Martin McFadden an Integrative Counsellor,  an  expert in addiction counselling and the  two compliment each other through  their work with innovativeintervenions.ie.

They both  have  acquired a lot  of experience between them and  are  poised to help  those  who struggle with addiction and/or childhood abuse as the two issues  are very much related.
The book goes on sale this  Friday, September 25 and is available on Amazon.