What Donegal ingredient belongs in the perfect sandwich? 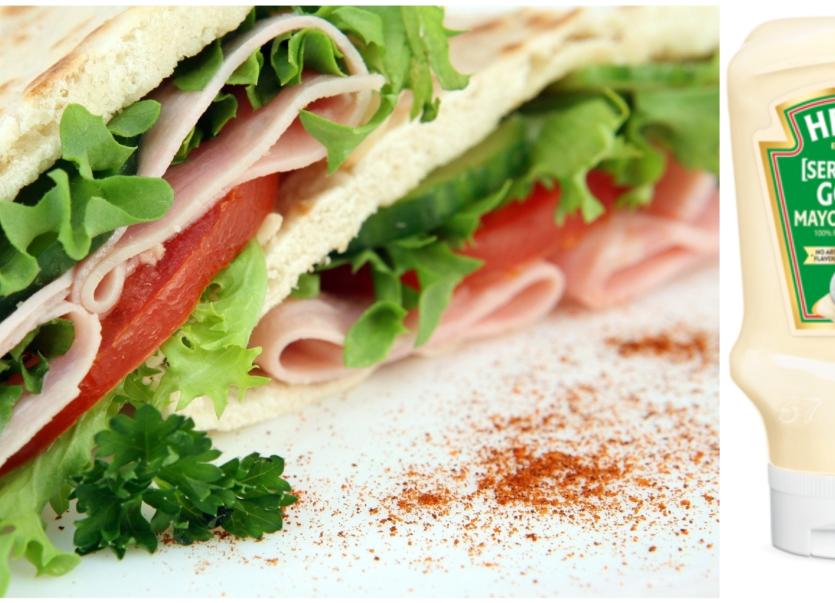 To celebrate the return of sport and the summer of Gaelic games in Ireland, Heinz [Seriously] Good Mayonnaise is launching a new competition to create the very first All-Ireland Sandwich.

Nominated by the public, the Heinz [Seriously] Good Mayonnaise All-Ireland Sandwich will contain 32 [Seriously] delicious fillings – one from each of the 32 counties.

“We ALL love eating sandwiches and a match-day sandwich eaten on our laps either in the stands or at home is an integral part of any game. So we wanted to create something special for the return of the sport this summer. The final All-Ireland sandwich will contain 32 [Seriously] delicious ingredients – held lovingly together by lashings of our delicious Heinz [Seriously] Good Mayonnaise.

“Nominated by you, each ingredient will represent the very best of Irish produce from up and down the land. From bread to cheese, gherkins and watercress, to black pudding and radishes, we want as many nominations as possible. Ultimately, we want to create the perfect halftime treat and one that can feed the entire family! I can’t wait to try it”.

How it will work

To nominate Co. Donegal’s best local food or producer, all you have to do is visit @heinzirl on Facebook and Instagram and pop your favourite filling in the comments

Nominations will be open from 24th June – 23rd July

The final 32 [Seriously] tasty fillings will then be chosen by David Adams, Head of Heinz Ireland and food writer and presenter, Dee Laffan. The final recipe will be released on the week leading up to the All-Ireland Final at the end of August

Linking to the well-known saying ‘Mayo for Sam’, referring to the Co. Mayo football team’s quest for the Sam Maguire Cup, support for the team has captured the imagination of people around the country, including everyone at Heinz Ireland, for the last 70 years.

So, to mark the 70th anniversary of Co. Mayo’s last win at the All-Ireland Final in 1951, just 1,951 bottles of Heinz [Seriously] Good Mayo for Sam will be available to buy for €3 through www.heinztohome.ie from 24th June. It’s for a limited time only so make sure to get yours fast!

Commenting on the new bottle, David continues: “Here at Heinz Ireland, we are [Seriously] impressed by the sense of pride that people have in their county colours, including Co. Mayo’s unyielding support and loyalty for their team. So, from one mayo to another, we thought it was the perfect time to throw our support behind them. And what better way than celebrating the world famous ‘Mayo for Sam’ slogan!”