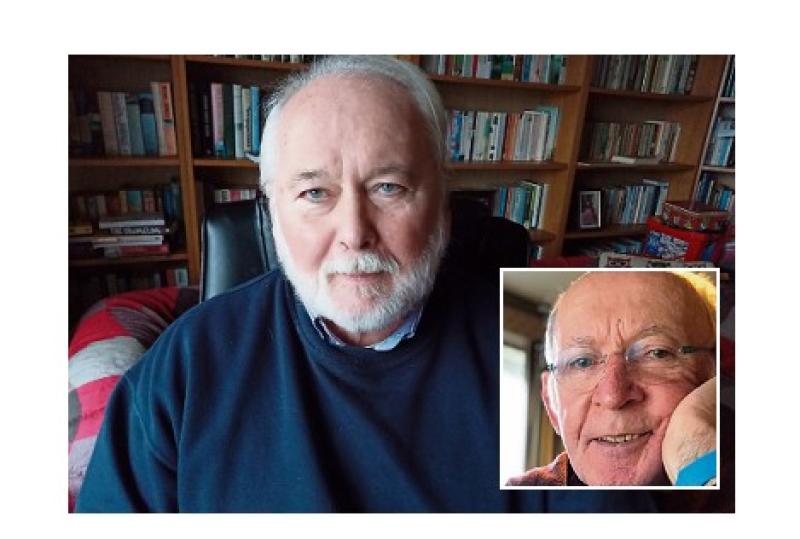 Letterkenny man Pat McArt and Jude Collins, the well-known author and broadcaster, are publishing a new book, titled What Shaped Me, which will be launched in Derry’s Central Library on Thursday, December 2.
The two have been broadcasting twice weekly podcasts on social media for a number of years but this is their first foray into working together in print.
Speaking earlier this week Pat, a former Managing Editor of the Derry Journal Group and currently a columnist with the Daily Mirror, said ‘What Shaped Me’ looks at things personal rather than political. It tells the stories of 20 very diverse people and what set them on their paths in life.
Included are well known Donegal personalities, Charlie Collins, who started working life as a psychiatric nurse but ended up running the most successful local radio station in Ireland; Jim Sharkey who ‘opened’ Ireland’s first embassy in Russia and whose people came from Inishowen; and the one and only Daniel O’Donnell.
Pat commented: “During lock-down, Jude and I decided we should make an effort to use the time productively. So, with most of the world confined to quarters, we figured it’d be a golden opportunity to interview people. Like everybody else, we mastered the mysteries of Zoom and used that as our vehicle for talking to people, recording the interviews and then transcribing them in book form.” 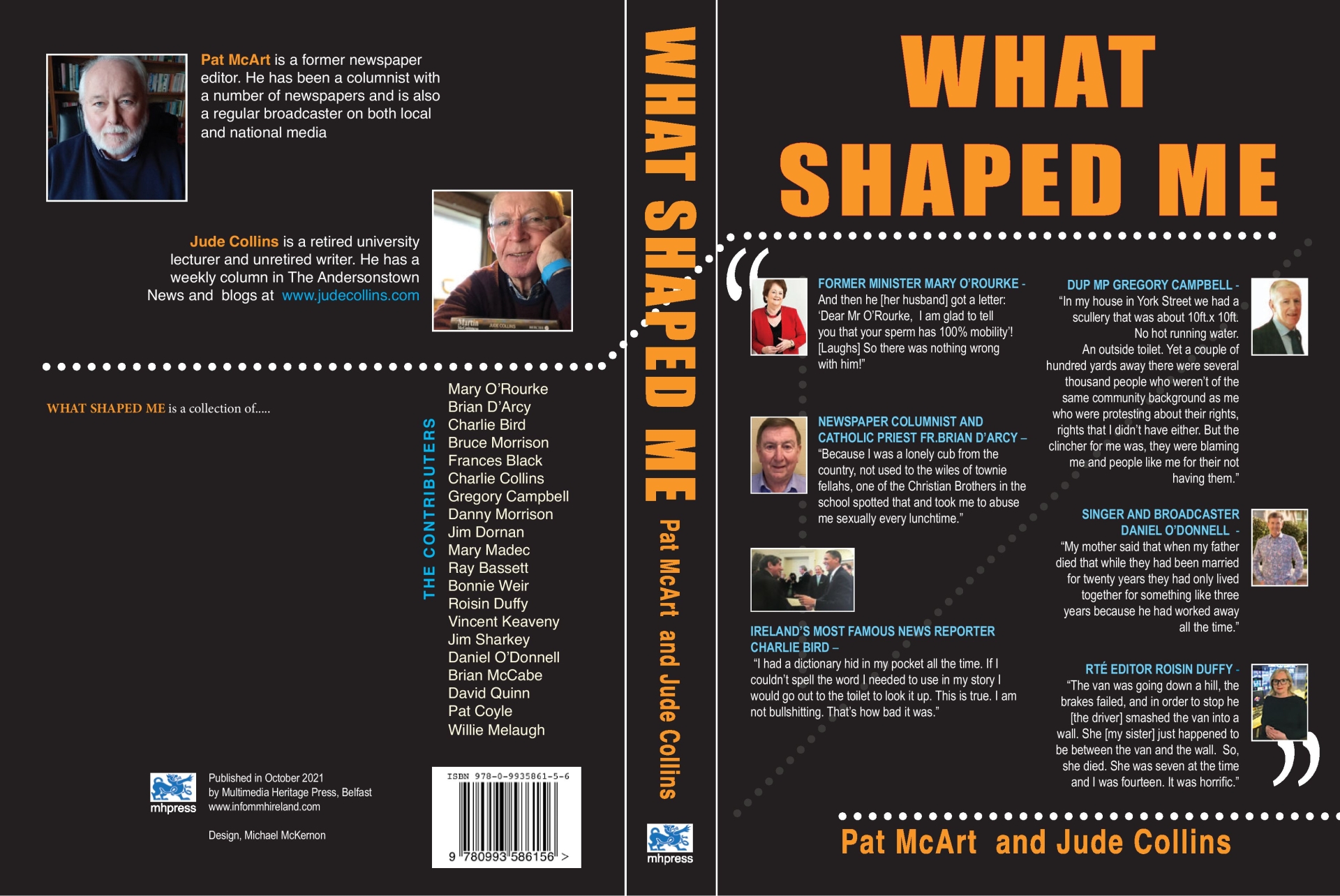 What Shaped Me has contributions from people all over the island of Ireland and also a number of Americans, people with connections to this country.
As the title suggests, the interviews explored those things in the life of the interviewee which had left a mark, nudged their life in one direction or another.
“Practically everyone referred to their school years and the influence – for bad or good – of teachers. But the interviews ranged much more widely than that – their jobs, their spouses, the people who, for better or worse, had impacted on their lives.”

So, what surprised him?
“How frank people were willing to be – and funny as well. Former Dublin minister Mary O’Rourke remembers her struggle to become pregnant and how her husband was summoned by the gynaecologist to have his sperm assessed.
“RTÉ’s most famous reporter, Charlie Bird revealed that not only had he never passed an exam in his life but that he was a hopeless speller – a serious disadvantage for a young reporter – and how he used to sneak out to the toilet and quietly consult his hidden dictionary when he ran into a hard word.
“Senator Frances Black, more seriously, talked of her life-long struggle with self-esteem, tracing it back to an encounter with a nun when she was still at school. It really was like someone had pulled back the curtains on their life and allowed us to explore parts that the general public wouldn’t have been aware of.”
Pat admits that he and Jude timed the publication of the book so that it was available for the Christmas market.
“Most of us love our families” he says, smiling. “But most of us like an escape route for an hour or two over the Christmas period as well. What Shaped Me lets you glimpse into 20 different lives and the people and events that shaped them.”
Jude Collins says he’s delighted with this book, his ninth publication. His recent works include ‘Martin McGuinness: The Man I Knew” and “Laying it on the Line – Brexit and the Border”.
Jude stated: “I found it fascinating doing these stories, and I hope that comes across to the reader. The randomness of life, the unpredictability of our decisions and the laws of unintended consequences can shape us in ways we are frequently not even aware of. And that’s what so brilliant about these people and their stories.”
“What Shaped me” will be launched in the Library at Foyle Street on Thursday, December 2.
The evening kicks off at 6.30pm. All are welcome to come along where the authors will sign copies of their publication.