Revealed: Full list of winners in the big draw 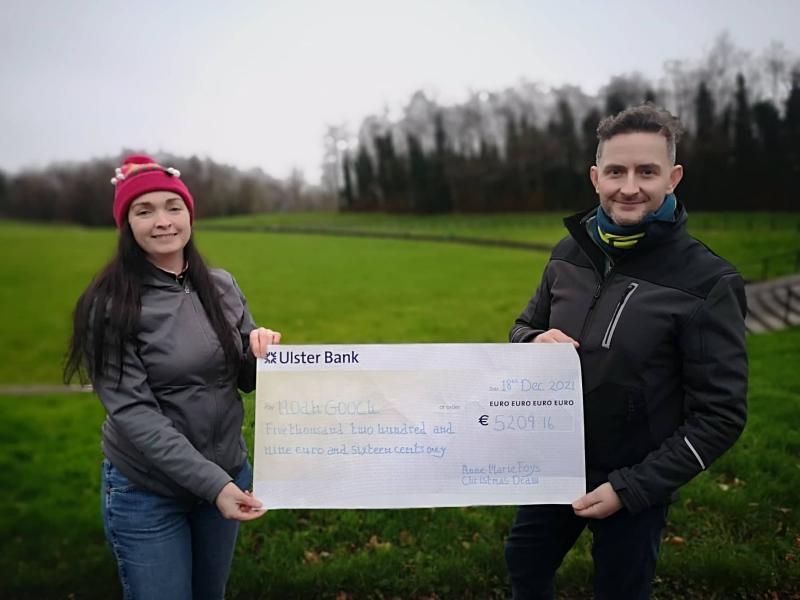 A Christmas Draw in aid of battling little Noah Gooch has raised a staggering €5,209.16.

The draw, organised by Anne-Marie Foy, attracted a huge response.

This year’s the proceeds are going to assist six-year-old Noah Gooch, who was diagnosed with cancer in January, and has been receiving chemotherapy for the illness ever since. His treatment plan is for three and a half years.

“It is my absolute pleasure to say that we presented Lee (Gooch, Noah's father) with the proceeds of the draw,” Anne-Marie said, adding:  “A huge thanks to everyone who supported my draw. It's a fantastic amount to raise and in the 10 years I'm doing this draw it's the most I've ever raised."

Indeed, her Christmas draws over the past ten years - including two fun walks as well - have raised more than €40,000.

During the summer, a bed push from Donegal to Donegal in aid of nine beneficiaries that have supported young Noah Gooch - who has Down Syndrome - raised more than €100,000 within weeks. The final amount raised was €237,112.

22nd Prize: Wineport Lodge Afternoon tea for 2 Voucher (This is the restaurant featured in the Programme "The Restaurant") Brendan Kelly

Most prizes have now been delivered/collected

Anne Marie also thanks all the ticket sellers, namely:

She also paid thanks to all who supported the draw in any way, and especially all the sponsors.

The other beneficiaries from Anne-Marie Foy’s draw down through the years are listed below:

Anne Marie added: “From the bottom of my heart thank you all, I wish you all a very merry Christmas and a Happy New Year.”